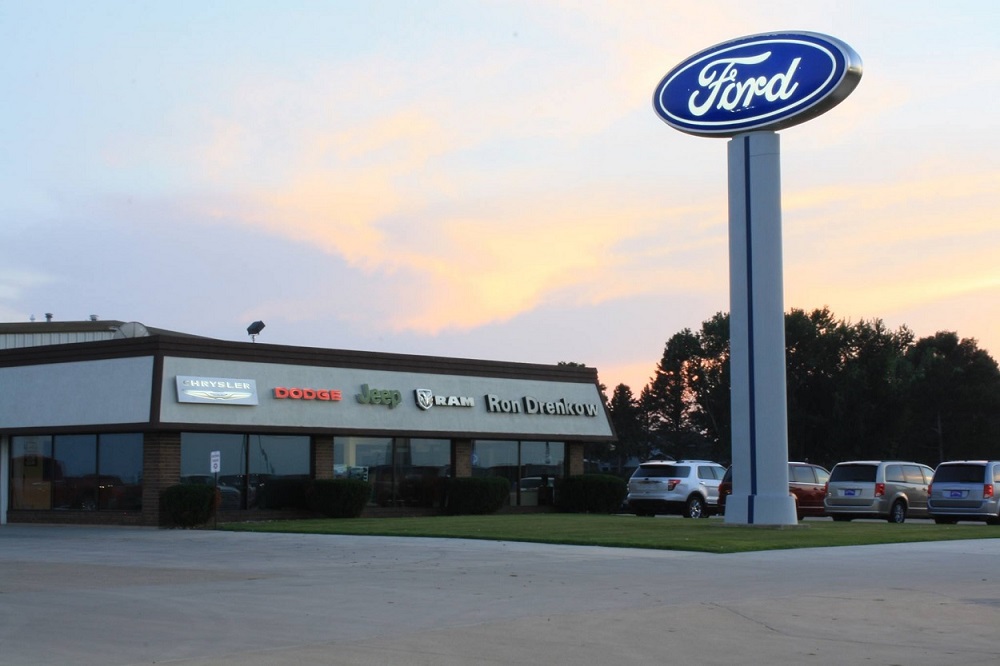 In a joint press release, officials with Drenknow Motors in Sheldon and Total Motors in Le Mars have announced a transition of ownership.

According to the press release, Drenkow’s employees and entire operation (including the Chrysler, Dodge, Jeep, Ram and Ford franchise brands) will continue to serve the Sheldon community as they have for the last 58 years, under new ownership.

Total Motors officials tell us their operation is a family-owned and operated company with two dealership locations. They currently are in Le Mars and Holstein, Iowa (Vollmar Motors) and have Chevrolet and GMC in their current franchises. The dealerships are owned by the Scott and Michelle Taylor family.

They tell us that in February, Total Motors will join the team at Drenkow Motors and will continue business as usual.

Scott Taylor says, “We are excited to join the Sheldon community and to continue the great legacy that the Drenkow family has created over the last 58 years. We are excited to help serve their customers and the surrounding area for years to come.”

On Thursday, January 26th, Drenkow Motors will have been open for 58 years officially.

A statement from Steve and Sheila Drenkow stated, “The Drenkow family would like to thank Sheldon and surrounding communities for all their support over the years. Ron Drenkow started Ron Drenkow Motors on January 26, 1965. Steve took over the dealership in 1991 and has enjoyed serving all the individuals that have walked through Ron Drenkow Motors’ doors. We are extremely excited that another family-owned dealership will be taking over the business and supporting the Sheldon community.”

Company officials tell us the business will continue to operate under the name Drenkow Motors and will remain in the same location and provide the same great services and products as they have for 58 years. They say, “Customer service and satisfaction are and will always be the most important part of the way Total Motors and their dealerships operate.”