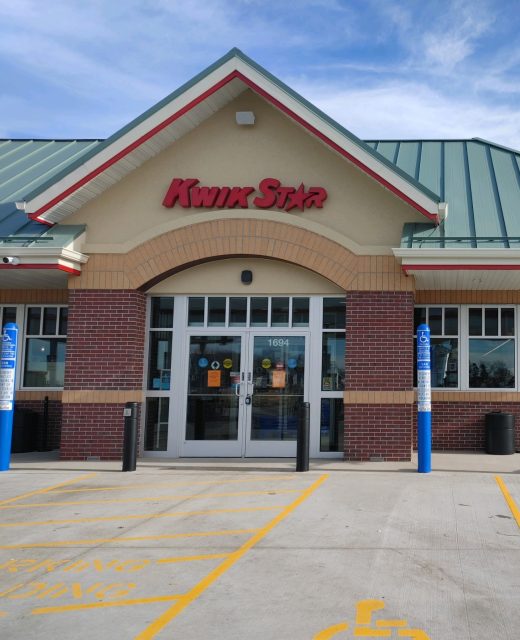 Sibley, Iowa — Another Kwik Star convenience store is opening this Thursday in the KIWA listening area.

The new store is located directly across the street north of Jackrabbit Junction, at the northwest corner of the 170th Street and Highway 60 interchange, and will be open as of 5:00 Thursday morning (January 13th).

The company announced that they intended to put a store in Sibley in late August, 2020 shortly after the announcement of their intent to build a store in Sheldon. The Sheldon Kwik Star opened November 4th.

Stephanie Klaassen is the manager of the Sibley Kwik Star, which will be open 24 hours a day. She says she was able to hire a fantastic team for the Sibley store since she arrived and began accepting applications last July. She came to Sibley from one of the company’s stores in Cedar Rapids.

Klaassen says the Sibley Kwik Star is more than just a convenience store.

She extends an invitation to the entire community to come on down and see what the new Sibley Kwik Star has to offer.