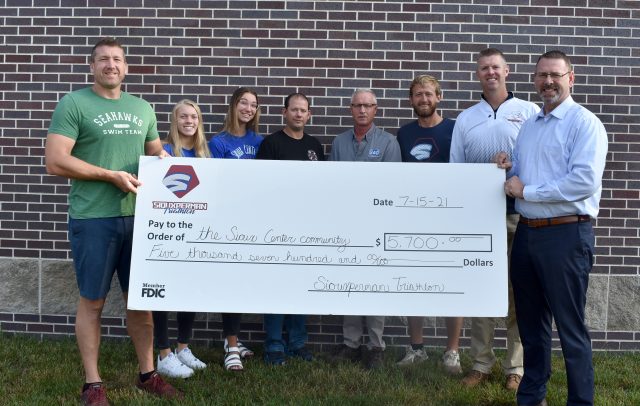 The non-profit organization that hosts the Siouxperman Triathlon (and the upcoming Harvest Half Marathon & 10K) in Sioux Center each year is making a $5,700 donation to local organizations to promote wellness and strengthen relationships.

This is the third annual community gift from the locally-run sprint triathlon, held the first Saturday in May each year.

Race Director Jason Moeller says that the triathlon encourages people to make healthy lifestyle choices, and he says those who organize the triathlon make it welcoming to first-time triathletes. He says that they want to support the great work these organizations are doing to encourage people of all ages toward wellness.

This year, the Siouxperman Committee made the following gifts:

Moller says they were excited to get back to the Siouxperman after it was postponed in 2020 due to the coronavirus. He says, “We were blessed with great participation for the event along with great local support, and this allows us to give back to our community.”

The race committee is now preparing for its fall event, the Harvest Half Marathon & 10K, which will be Saturday, Oct. 2, in Sioux Center.