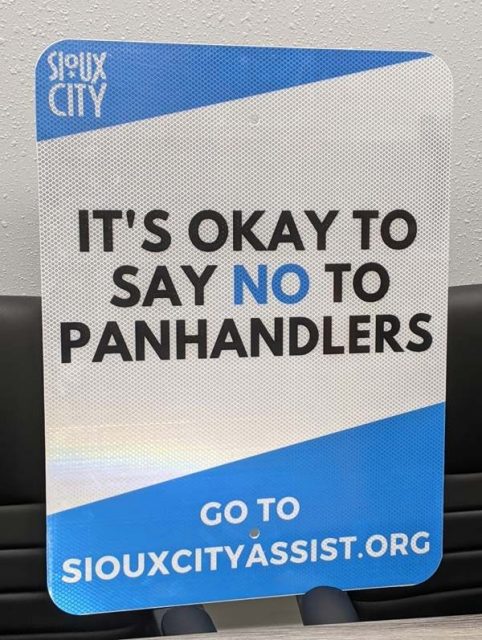 Sioux City, Iowa — Sioux City is starting a campaign to ask drivers to not donate to the homeless people who ask for money at some of the busiest intersections in the city.

Neighborhood Services Coordinator, Clara Mcfarlane-Coly says they are encouraging drivers to give the money to agencies that help the homeless.

Neighborhood Services Manager, Jill Wandersheid says signs asking people to say no to panhandlers are being placed in the locations where they see this happening the most.

It is not illegal to ask for a handout. Councilman Pete Groetken says he saw someone asking for money at a very busy intersection while standing on a median that was only about two feet wide.

The Sioux City Neighborhood Services Division began a homeless street outreach and rehousing program in 2019. They say they’ve served some 200 people in the last year.