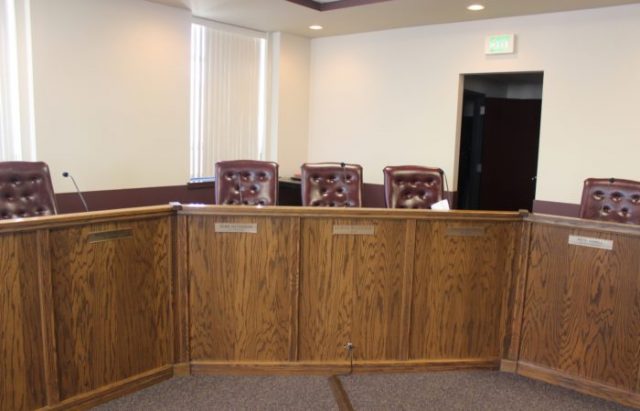 Sheldon, Iowa — When the Sheldon City Council met on Wednesday evening, City Manager Sam Kooiker announced that after a vote, they would finally be done dealing with the former Sunset Motel property issue.

Kooiker tells us that they have also cleared up some legal issues about some property that the city had a right-of-way for — for what would have been West Eleventh Street off of Western Avenue. The intersection would have been about a block south of the south edge of the National Guard Armory property. He tells us about it.

The City Manager also tells us that the council has directed some federal COVID rescue funds toward the proposed new 500,000-gallon water tower, which is planned to be built at the northeast corner of 16th Street and Nest Avenue/Country Club Road in the far southeast part of the city. The federal funding is called the American Rescue Plan, or ARP.

Kookier says they would hope that by late 2022, or at least by mid-2023 that they could begin construction on the new $3.5 million tower.

The council also heard from Premier Communications Rep Scott TeStroete about the investment the company is making in Sheldon, especially into fiber-optic infrastructure. The new Kwik Star location is one step closer to reality after its liquor license and cigarette permit were approved by the council. The council hired Michael Brouwer as a street operator and Jessica Postma as a Sheldon Community Ambulance Team (SCAT) member, and they approved the O’Brien County Snow Trackers Route in the city for this winter. They also talked about changing cemetery rates and passed the first reading of a new ordinance for that.