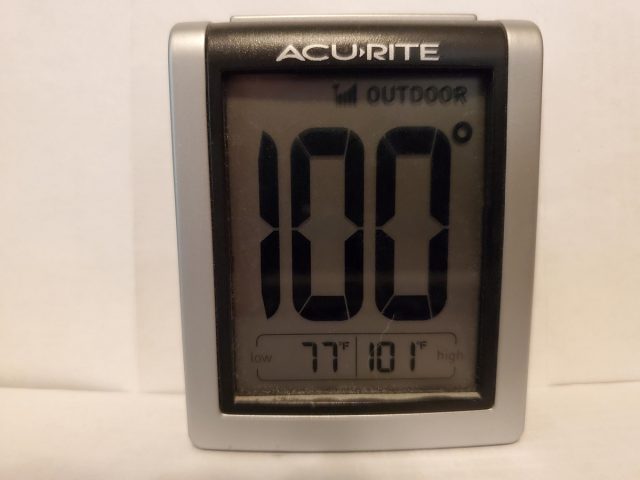 Northwest Iowa — Tuesday was a hot one in northwest Iowa. In fact, we now know that some records were broken.

Trellinger says drought conditions played a role in Tuesday’s high temperatures in northwest Iowa, as the sun’s heat bore down on parched ground.

Several other Iowa cities broke high-temperature records Tuesday. Meteorologist Jim Lee of the National Weather Service office in metro Des Moines says a triple-digit temperature had not been recorded on a September 20th anywhere in Iowa for 69 years.

The mercury dipped into the upper thirties in some parts of our area on Thursday morning. Showers and thunderstorms are on tap for Friday but they might clear out by evening. Temps for the next week look to be very seasonal with highs just under 70.