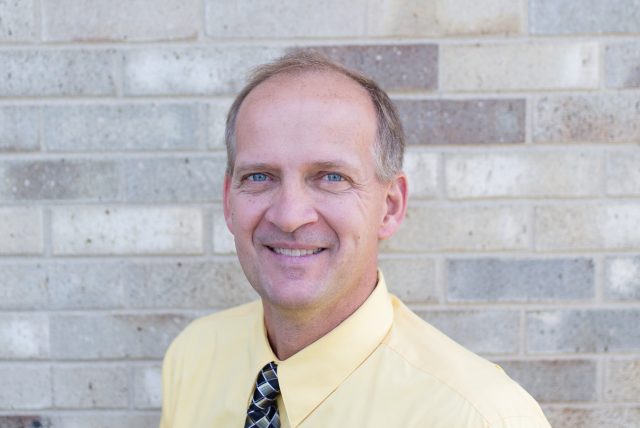 Sheldon, Iowa — A loan officer at Peoples Bank in Sheldon is set to become the President of that institution, according to Peoples Bank CEO Al Vermeer.

Vermeer has announced that Dave Van Den Brink has been promoted to President of Peoples Bank in Sheldon.

Van Den Brink has been a loan officer for 22 years and started his career with Peoples Bank in May of 2005 when a Peoples Bank location was established in Sheldon.

Dave was raised on an acreage north of Sanborn. He graduated from Sanborn High School in 1988. He attended Northwestern College in Orange City and graduated with a degree in business in 1992. Dave and his wife, Sheila, have two grown children, Kaleb and Levi. Sheila is a graduate of Western Christian High School and Dordt College (now Dordt University). She has been teaching for 31 years and is currently a 3rd grade teacher at Orange City Christian School. Dave and Sheila currently attend Trinity Reformed Church in Orange City, where Dave serves on the Leadership Team. He is also serving on the board for the Unity Christian High School Foundation and the Orange City Christian School Foundation. He is a member of the Sheldon Noon Kiwanis, is on the Sheldon Housing Review Board, serves on the Sheldon CAPS Advisory Board, and the Village Northwest Unlimited Board. In his spare time, he enjoys hunting, fishing, and spending time with family and friends.

Peoples Bank is a Member FDIC.