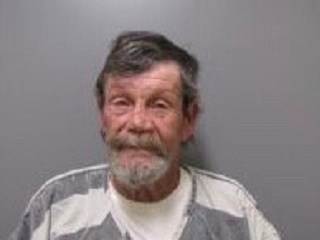 Court records say that on May 9, 2020 Grant Wilson and Theresa Wilson of Cleghorn, spent the afternoon and evening visiting Winterfeld at a rural Ireton home. Grant Wilson and Winterfeld spent the day drinking alcohol. At one point, Winterfeld locked the home’s doors, put on a holster with a loaded revolver, then convinced Wilson to come back inside. The court records say Winterfeld pursued and un-holstered his gun. Wilson turned around, gave a threatening look, so Winterfeld raised his gun, shooting Wilson. Winterfeld was charged with Murder in the First Degree, a Class A felony, and the case proceeded to jury trial on March 30, 2021. On April 7, 2021 the jury returned a guilty verdict to Murder in the Second Degree, a Class B felony. Winterfeld was taken into custody.

But, before sentencing on May 28, 2021, the Court noted the law grants 10, as opposed to 6, peremptory challenges to both the State and Defendant during the jury selection process for a Class A felony trials. On June 16, 2021, the Court ordered a new trial and released Winterfeld on bond.

That re-trial began on October 5, 2021 and on October 12, 2021 at approximately 9:00 p.m. a second jury returned a guilty verdict to Murder in the Second Degree. County Attorney Kunstle says Winterfeld was taken back into custody pending a new sentencing hearing, which the District Court has yet to schedule.