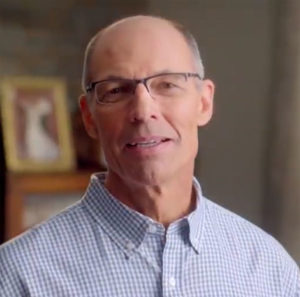 Des Moines, Iowa — The Des Moines woman who has accused U.S. Senate candidate Mike Franken of kissing her without her permission has commented publicly for the first time.

In April, Kimberley Strope-Boggus told a police officer she met with Franken in March, shortly after she’d been fired from the campaign, and the two discussed a new campaign role for her before the kiss. Strope-Boggus is quoted in a Politico story about Franken, saying “it happened” — a direct response to Franken’s statement that the kiss “never happened.” Strope-Boggus said she’s been treated like a disposable pawn by both political parties since a conservative website published her police report last month.

Franken campaign manager Julie Stauch says if anyone has made Strope-Boggus a pawn, it’s the Grassley campaign. According to Stauch, the revelation of the police report was done in collaboration by Franken’s former campaign manager and Grassley and his staff. A spokeswoman for Senator Grassley’s campaign points to two unnamed women cited in Politico’s story who also accused Franken of making women uncomfortable. Michaela Sundermann, Grassley’s communications director, said that raises very serious questions about Franken. Franken’s campaign manager says it’s all an effort to undermine Franken’s campaign because he’s on track to beat Grassley.