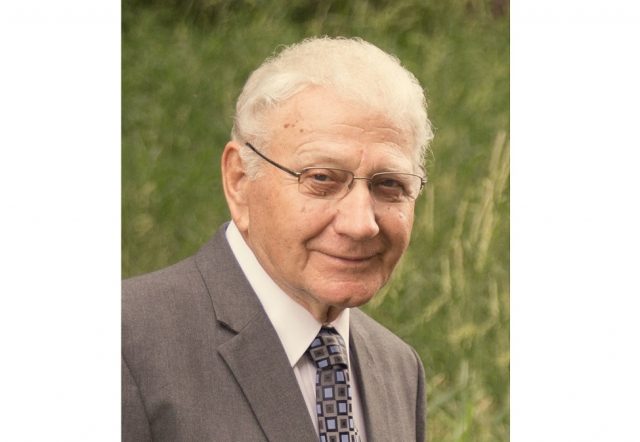 Melvin “Meff” Gerhart Knobloch was born to Emil and Frieda (Doerr) Knobloch on November 2, 1934, at the family farm near Alvord, IA.  After completing 10th grade he was called home to help his dad on the family farm.  Meff served in the US Army from 1957-1959 and was stationed in Ft Hood, TX and Ft Devens, Mass.  Meff also spent many years in the construction trade with his brother Gib.  Meff was united in marriage to Wilma Tanner at her family home near Speer, IL on Feb 6, 1966.  Together they were blessed with 5 children.

Meff and Wilma lived near rural Steen, MN where they farmed for 33 years.  They retired to Rock Rapids, IA in 1999, before moving to Lester in 2012.  During his retirement Meff enjoyed woodworking and fixing things for others.  He was known for his sense of humor and his unique fingersnap.

Meff & Wilma made a decision to put their faith in Jesus Christ and were baptized in Sept 1966 at the Lester Apostolic Christian Church.