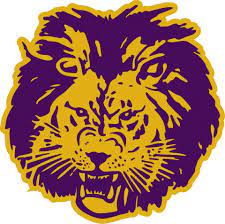 Sheldon, Iowa — The Central Lyon Lions cruised in both the girls and boys matchup with the Orabs to get the win 73-45 in the girls game and 69-37 in the boys.

The Lions got a game high 27 from Addison Klosterbuer and 12 points from Reagan Van Wyhe. The Orabs got a team high 17 from Maliah Kleinhesselink.

The boys game was like the girls game, tight early on and then Central Lyon took control. It was 18-10 after one, and 39-16 heading halftime. The Lions continued to cruise in the 2nd half, 57-20 after three and 69-37 would be your final.

The Lions got a game high 19 from Mason Gerleman, 15 points from Andrew Austin and 12 points from Zach Lutmer. The Orabs got a team high 10 points from Shane Brouwer.

Up next for the Orabs is a home contest against Sibley-Ocheyedan on Tuesday, January 18th. Central Lyon will host Boyden-Hull on Tuesday.