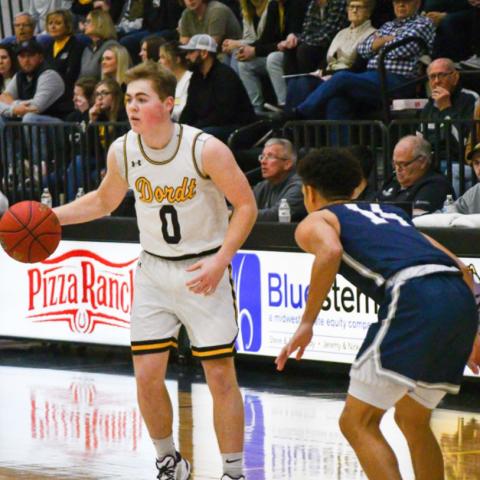 Sioux Center, Iowa — Dordt will host a classic on Friday and Saturday, November 26 and 27 with Peru State, Northwestern and Oak Hills Christian making up the field with the Defenders.

Northwestern is 7-1 this season and have a 1-1 GPAC record. The Raiders lost on November 23 to Midland to stop a seven game winning streak that started the season.

Oak Hills is 1-7 this season with a win over Emmaus Bible College and most recently lost a 79-78 contest with Central Christian College in a game played in Minneapolis on November 20.

The Defenders are 7-3 this season and are 1-2 in GPAC play after beating Briar Cliff on Tuesday night. Losses in the league for the Defenders are to Concordia and Morningside and Dordt also stumbled in overtime to William Penn.