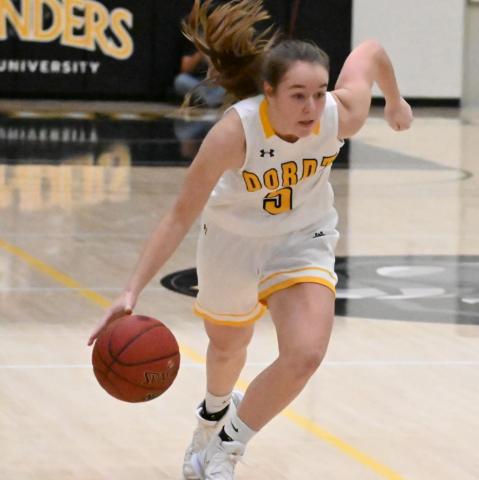 The Tigers are 17-5 this season and are 9-5 in the league and have won three of their last four and are 5-3 in their games since Christmas.

The Defenders are 16-6 this season and 9-5 in the GPAC and have won nine games in a row. The Defenders average 74.3 points per game and give up 66. Dordt also has a 40-34.7 rebounding advantage and convert 42.2 percent of its field goals while limiting teams to 39 percent success.

The Tigers earned an 80-75 win on December 11 in the De Witt Gym. Dordt was up 21-14 after one quarter and Wesleyan responded with a 23-9 second quarter and preserved the win by five after leading 37-30 at halftime. Isabel Ihnen scored 18 and Campbell had 15 points with six rebounds. Lacey Sprakel chipped in with 13 points. Karly Gustafson scored 19 and Hayden Heimensen added 17 in the loss and Mya Chmielewski was good for 12 points and four assists.