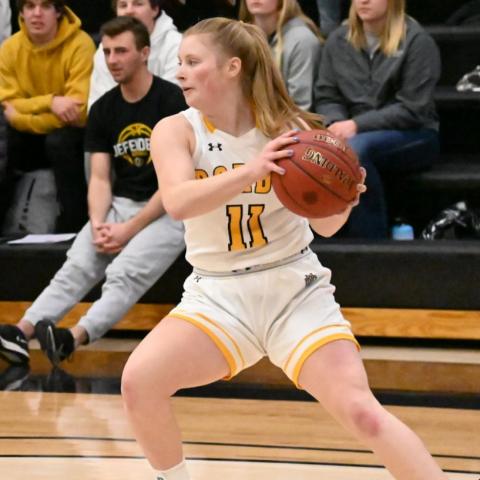 Dordt is outscoring teams 74-67 and outrebound teams 40-35. The Defenders also convert 42 percent of their field goals while holding teams to 39 percent.

Midland overcame a 66-61 deficit to start the third quarter and beat Dordt 87-81 on December 4 in Fremont, Nebraska. Veerbeek scored 30 and had 10 rebounds with five assists and Schoonhoven had 21 with nine rebounds. Wingert led Midland with 26 and Shepard added 21 for the Warriors and Prusa had seven rebounds to go with 14 points.