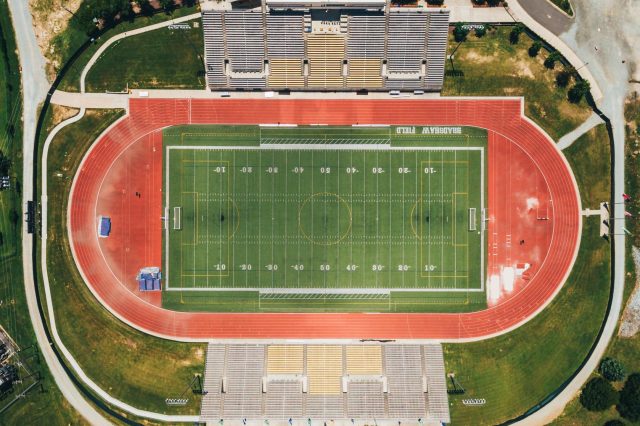 KANSAS CITY, Mo. – The National Association of Intercollegiate Athletics (NAIA) is pleased to announce a partnership with the Durham Sports Commission for the 2021 and 2022 Football National Championship and the Senior Football Classic that is associated with it.

Durham County Memorial Stadium, a multi-purpose stadium built in 1958, has a seating capacity of 8,500 and has been the site of professional, collegiate, and high school football events. Willie Bradshaw Field is an artificial, synthetic turf located inside the stadium that also features the Tommy Hunt Press Box. Click here to see a drone fly through of the venue.

“On behalf of the Durham Sports Commission, we are humbled, honored, and thankful to the NAIA for entrusting Durham with these special events,” reported Marcus Manning. The Executive Director went on to say, “We are looking forward to celebrating and promoting the NAIA, providing a great student-athlete experience and introducing Durham to the NAIA, their stakeholders and fans.”

Known for executing high-class events, Durham County has heavily invested in updating the facilities recently. In addition to an upgraded press box and turf field, the county expanded the concourse and improved the team spaces. Currently, it is the home of Tobacco Road Football Club (NPSL/USL2) and Northern High School Football.

The 66th Annual NAIA Football Championship gets underway on November 20th , 27th, and December 4th with the Football Championship Series at campus sites. Then, the action shifts to Durham County Memorial Stadium on December 18th for season finale. In 2019, the NAIA announced the Senior Football Classic before the 2020 event was paused due to the COVID-19 pandemic. The inaugural event was held a week prior to the National Championship in Savannah, Ga. It featured 116 seniors from 42 institutions who were split into East and West teams.

“Durham Sports Commission is an exceptional partner for the Football National Championship and Senior Football Classic,” said NAIA President and CEO Jim Carr. “We are pleased to bring both events to the same venue, which has a proven track record of hosting special events that have an impact on Durham and the greater community.”

Besides football, the stadium hosts soccer, lacrosse, track and field, and archery events. It was the former home of Shaw Bears football from 2007-2018 and the Triange Rattlers professional football. In its history, it has also welcomed the Central Intercollegiate Athletic Association (CIAA) Football Championship seven-times, Legends of Honduras International Soccer Match, as well as USATF, Big Eight Athletic Conference, Powerade State Games, and the North Carolina Senior Games.