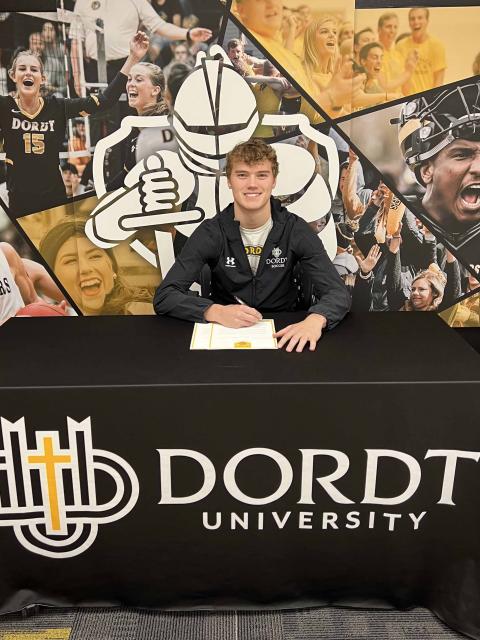 Eppinga is a multiple letter winner in both soccer and football at Unity Chrisitan. A two-year starter heading into his final season this spring, Eppinga accounted for 15 points, scoring seven goals to go with one assist, as a junior. He earned all-conference honors two years and is a member of the academic all-state team.

“I chose Dordt because I had the opportunity to get to know the coaches while playing on a summer league team with them. I really appreciate how Christ-Centered and personable everyone is, from the coaches, to the coaches and students. I believe Dordt is a place where I believe that I can grow in my academic and athletic career as well as my faith,” said Eppinga.

Eppinga is the son of Robbin and Sara from Sioux Center, Iowa, and plans to study Environmental / Civil Engineering at Dordt.