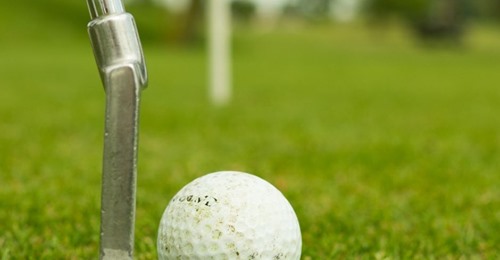 SIOUX CENTER/ORANGE CITY, Iowa — The Northwestern College men’s golf team had a phenomenal showing at the Siouxland Invite that they co-hosted. The Raiders placed third thanks to the two-day below par efforts from junior Trenton De Haan (Orange City, Iowa/MOC-Floyd Valley), helping the Raiders keep pace with Morningside and Iowa Western Community College. The Dordt Defender men’s golf team finished fourth Dordt followed a day one total of 289 with a 288 on Tuesday to finish in a tie with Doane with a 577. The Defenders were a stroke shy of Northwestern in third and Morningside won the team title with a 560 after going 285-275.

Northwestern’s De Haan posted a first round score of 68 (-4) and a second round of 70 (-1) to pace the Raider squad who maintained their Day 1 lead and finished third.

De Haan had the only below-par day (Par 72) in Round 1 at The Ridge Golf Course in Sioux Center, posting a 68 (-4) day. The entire starting five posted rounds no higher than +2 at The Ridge for Northwestern. Brock Murphy (Jr., Tea, S.D./Tea Area) and Kolby Newborg (Jr., Tea, S.D./Tea Area) both posted rounds of 73 (+1) on the afternoon. After the first day, Northwestern sat in third-place, only one stroke ahead of tournament co-host and rival Dordt University. The Raiders sat within striking distance of the leaders from Iowa Western Community College (280) and fellow GPAC school Morningside (285).