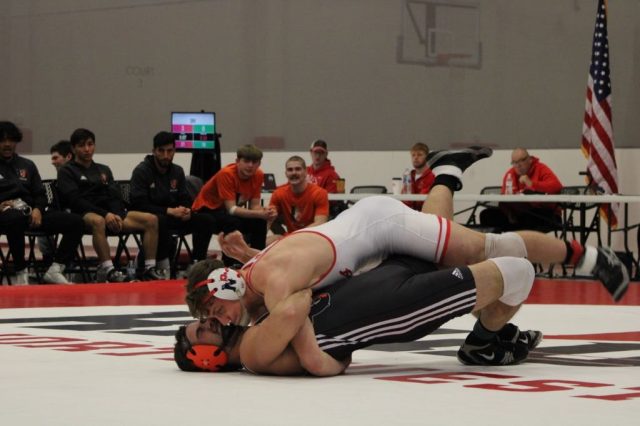 “Proud of the way guys battled against the third-ranked team in the country. We had some young dudes who fought, can’t ask for more than that,” said head coach Rik Dahl. “Doane is a veteran team and we needed to see and feel what that style of wrestling is supposed to look and feel like.”

Doane jumped out to a 6-0 lead thanks to a fall victory at 125, but Northwestern’s Manny Jaramillo (Jr., Selma, Calif./Selma) would respond at 133 with a fall of his own to even the match.

Doane would then retake the lead, and build a lead up top 25-6 with two falls, a major decision, and a decision. Jakob Francksen-Small (Merrill, Iowa/Le Mars Community) would stop the bleeding, picking up a 9-5 decision over Doane’s Michael Scarponi at 174, making it 25-9 Tigers.

Luke Jenness (So., Primghar, Iowa/Sheldon) would follow Francksen-Small with an 11-0 major decision over Cael Jordan, but that would be the last of the Raider points of the dual. Doane would pick up a major decision at 197 and Northwestern would forfeit the 285 match, as Doane prevailed 35-15.

“We have a month to work on some things and get healed up for the second half of the season,” concluded Dahl.

Up Next: The Raiders will have the rest of December off, as they will hit the mat again in the new year on January 7th against NCAA Division II Nebraska-Kearney and Ottawa (Kan.) in Hastings, Neb.