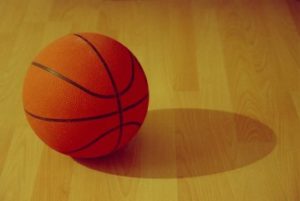 Sheldon, Iowa — Sheldon hosted Hinton in a non conference basketball doubleheader Tuesday night. The Black Hawks left town with a 51-36 win in the girls game while the boys contest went to the Orabs 55-33.

In the girls game Hinton led at all the breaks up 11-6 at the end of the first quarter and pulled into halftime up 23-15. In the third quarter Sheldon got to within 3 but a run by Hinton put them up 38-27 going into the fourth. Sheldon put the Black Hawks on the line down the stretch but Hinton hit 8 of 12 in the final quarter to lock up the 51-36 win.

In the boys game Sheldon unleashed a barage of 3’s in the first quarter.They knocked down 5 as they jumped out to a 19-5 lead and never looked back. The Orabs finished with 8 treys on the night. At halftime the lead was 27-16 with a 44-23 third quarter advantage. The offense continued to roll as Sheldon got the win 55-33.

Blake Radke had a 16 point night including a trio of threes. He was joined in double figures by Shane Brower with 14. All told 9 Orabs earned a spot in the scorebook. Caleb Holmes led the Black Hawks with 13 points.

With the win Sheldon is 4-8 on the season. Hinton took just their third loss of the year and stand at 8-3.

Up next for both teams will be a return to conference play in Orange City. The Orabs meet MOC Floyd Valley. Hinton will be cross town going against Unity Christian.