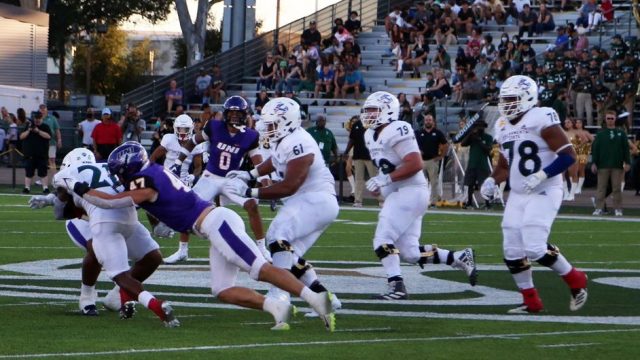 Van Wyhe earned Defensive Player of the Week honors. He was part of a defensive team that held Western Illinois to -46 yards in rushing and just 116 total yards in a convincing 41-3 win over Western Illinois in the regular-season finale.

He led the team with 10 solo tackles and 14 overall. He also notched two sacks, which was part of a team record for single-game sacks by a UNI team.

Van Wyhe is a linebacker from Rock Rapids, Iowa. He is a graduate of Central Lyon High School. He is the son of Greg and Michelle Van Wyhe.