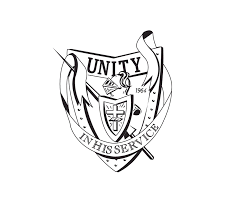 Following an interception by James Bouma at the Sheldon 41 freshman quarterback Braedan Bousma hit Jacob Van Donge for a 41 yard touchdown. Sam Eppinga hit the first of four extra points and it was 7-0 with :20 seconds left in the first quarter.

After stopping the Orabs on downs at the Sheldon 48 the Knights capped the drive with a 3 yard run by Van Donge. The extra point gave unity a 14-0 lead with 3:53 to go in the half and they would take that lead into halftime.

Late in the fourth quarter it was Bousma to Caleb Van Ginkel for   for a 33 yard touchdown pass. The extra point would make the final
28-0.

Both teams have qualified for the playoffs and will be in action next Friday night.