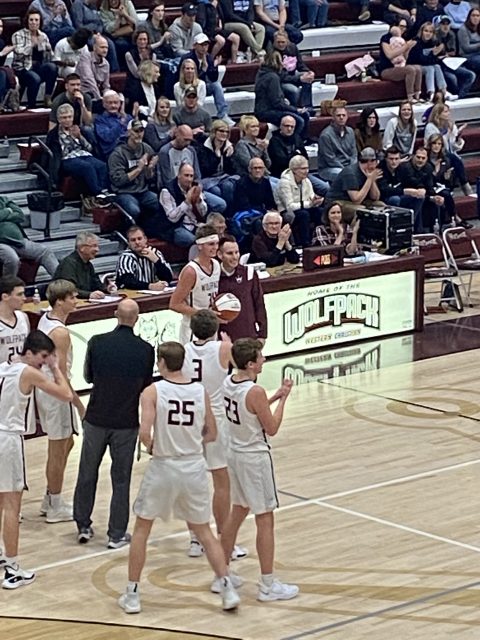 Western Christian started off fast in the girls game, going on a 7-0 run to start the game, but Unity would claw their way back to take a 15-13 lead heading into the second quarter. The Knights started the second quarter on a 10-0 run, but Western wouldn’t let the game get out of hand. Unity’s lead was only 27-20 at halftime. Unity would keep their distance from Western the rest of the way with the score being 41-31 after three and Unity Christian went on to win 53-41.

Unity got a game high 22 from Gracie Schoonhoven and 19 from Tyra Schuiteman. Western got a team high 17 from Stella Winterfeld.

Western got a game high 25 points from Ty Van Essen, who became just the 6th player in Western Christian history to score 1000 career points. Wyatt Gulker added 21 for the Wolfpack. Unity got a team high 11 points from Carter De Jong.

With the win, Western improves to 10-1 on the year and Unity falls to 7-5 on the season.

Up next for Western is a road contest at Spirit Lake on Friday, January 14th