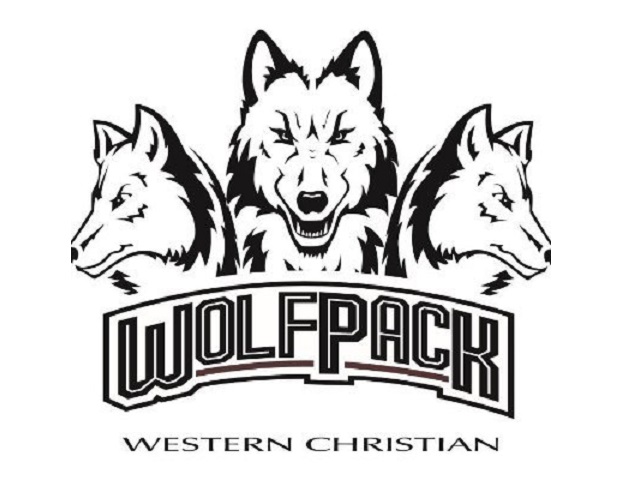 Hull, Iowa — The Western Christian Wolfpack swept a Lakes Conference doubleheader in Hull Friday night. The Western girls got the upset over Class 4A #11 Spencer 55-47, and the Western boys downed Spencer 59-36. Spencer was without star player Karter Petzenhauser due to a concussion.

The Western girls were down early 8-0, but then went on an 8-0 run of their own and outscore the Tigers 17-3 to end the quarter and had a 17-11 lead after the first 8 minutes. Spencer went on an 11-0 run early in the second quarter but the Wolfpack clawed their way back to tie it up at 29-29 heading into halftime. Western went on runs of 6-0 and 7-0 in the third quarter and had a 44-34 lead after three. The Wolfpack would hang on in the fourth and come away with the 55-47 win.

Western got a team high 14 points from Teagan De Jager and Lydia Van Kley. Spencer got a game high 21 points from Jada Piercy and 11 from Allison Piercy. As a team, Western went 21/27 from the free throw line.

The Western boys used a big 3rd quarter to pull away and get the conference win over the Tigers. Western jumped out in front early but Spencer battled back and it was 19-15 Western after 1 quarter. Midway thru the second quarter, the Wolfpack went on a 9-0 run and took a 32-23 lead into the break. A 12-0 run in the third pushed Western in front 48-28 after three and Western went on to win 59-36.

Western got a game high 19 from Ty Van Essen, Eli Van Essen hit for 18, and Wyatt Gulker added 10. Spencer got a team high 13 from Owen Olson and 12 points from Evan Schmidt.

Up next the Western girls visit Southwest Minnesota Christian on Monday night. The Western boys are off until next Friday at Cherokee.