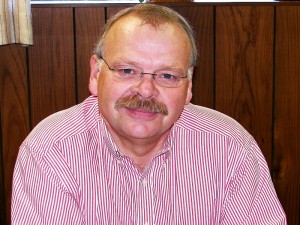 Walt was born and raised in New Jersey and is therefore a New York sportsfan. Walt has worked at KIWA since 1972 starting as a salesman upon graduating from Northwestern College. Walt married Laurie (Bruggom) Pruiksma in 1971 and has two daughters – Erin Whitcanack (Sheldon) and Katie Morris (Spencer).  So far, Walt has been blessed with four grandkids, Tyler and Parker Whitcanack along with granddaughters Blake and Collins Morris.. Walt and his family are members of the Sheldon United Methodist Church.

When not at KIWA Walt is chilling.

Movies – The Godfather, Jason Bourne movies, The Outpost and Greyhound

Hobbies – Walleye fishing in northern Minnesota, the shooting sports and long strolls on the beach at sunset (just kidding)