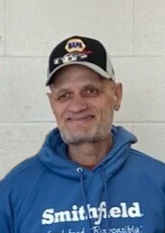 A memorial service will be held at 10:30 AM, Saturday, January 14th at Living Water Community Church in Orange City, IA, with Rev. Garry Nyenhuis officiating.

The Burial will be at 1:00 PM, Saturday, January 14th at Hope Reformed Church, rural George, Iowa.

Visitation will be Friday, January 13th from 4:00 to 8:00 PM, with family present from 6:00 to 8:00 PM at Jurrens Funeral Home of Rock Rapids, and also one hour prior to the memorial service at the church in Orange City, IA.

Memorials may be directed to the Hilbrands family for the purchase of a commemorative bench to be placed in Alton, IA and/or the Avera Hospice of Rock Rapids.

Elton Mark Hilbrands was born March 12, 1960, in Rock Rapids, Iowa, the son of Alfred and Lucille G. (Peters) Hilbrands. He grew up on a family farm near Rock Rapids and graduated from Central Lyon High School in 1978.

Elton was a huge fan of the Buffalo Bills, NASCAR, and was a great fan of Jeff Gordon until his retirement, and most recently Chase Elliot was his favorite driver. Elton was blessed with wonderful artistic ability. He shared many of his drawings with family and friends. Elton was diagnosed with cancer on December 30, 2020 and courageously fought the disease until his death on December 30, 2022, where died at his home near Rock Rapids.

He was preceded in death by his father, Alfred Hilbrands; a brother, Curtis Hilbrands; a great-nephew, Trey Gacke; grandparents, Fred and Tena Hilbrands and Louie and Dena Peters; and good friend, Dave Herda. 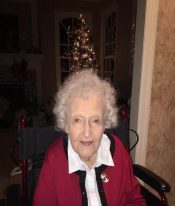 Donna J. Struve, age 89, of Urbandale, formerly of Archer passed away on Wednesday, November 23, 2022, at Mercy One Des Moines. END_OF_DOCUMENT_TOKEN_TO_BE_REPLACED