His service will be 10:30am Tuesday, August 28, 2012 at St. Paul Lutheran Church in Sheldon, Iowa with Rev. Craig Nissen ~ officiating. Military Services will be conducted by the: Sheldon V.F.W. Bunker-Peterson Post #7354 and the American Legion Mc Glothlen-Cowie Post #145 of Sheldon, IA

Visitation will be Monday, August 27 after 4:00pm with the family present from 4:00 – 7:00pm at the Vander Ploeg Funeral Home in Sheldon. Internment will be at a later date.

The Vander Ploeg Funeral Home in Sheldon is in charge of arrangements.

Arthur G. Petersen, the son of Arthur and Alvina A. (Olson) Petersen was born July 11, 1930 in Petersburg, Minnesota, and graduated from Jackson High School in Jackson, Minnesota in 1948. From 1950 – 1952, he served in the United States Army National Guard during the Korean Conflict obtaining the rank of Master Sgt. After the service he returned home where he met and eventually married his wife, Dorothy Burrus on February 20, 1955 in Jackson, Minnesota. The couple made their home on a farm near Petersburg where they farmed until 1969, when they moved to Sheldon, Iowa where they owned and operated the Sheldon Motel. From 1977 – 1989, they owned and operated the A&W Restaurant in Sheldon. Then he worked for Neal Chase Lumber in Sheldon for 8 years retiring in 1998. Art passed away on Thursday, August 23, 2012 at the Sanford Medical Center in Sioux Falls, South Dakota reaching the age of 82 years, 1 month and 12 days.

He was a member of St. Paul Lutheran Church in Sheldon; serving on the church board and as chairman. While in Petersburg he served on the church and school boards. He was a member of the SIDC Board, Chamber of Commerce, Kiwanis and the American Legion all of Sheldon. He enjoyed spending time with his family, reading, fishing, farming, playing cards, walking and watching the Twins, Vikings and Golf on TV.

Art is survived by his wife, Dorothy of 57 years and their 5 children, Kristi (Wade) Wassenaar; Kevin (Noreen) Petersen and Bradley Petersen all of Sheldon; Charles (Paula) Petersen of Lowry, MN and Mark (Ann) Petersen of Hartley, IA; 8 grandchildren, 8 great grandchildren, a sister, Ruth Van Dyke of Slayton, MN; a sister-in-law, Maxine Petersen of CO; and many nieces, nephews and other relatives and many friends.

He was preceded in death by his parents, 2 brothers, Gordon and his wife, Bev and Richard Petersen and a sister, Gladys.

Memorial services will be 10:30 A.M. Thursday, August 30, 2012 at First Reformed Church in Boyden, Iowa with Rev. Matthew Draffen ~ Officiating, with Military Services by the William Monster Post # 272 of the American Legion in Boyden, Iowa

Burial will be at a later date. There will not be a time of visitation.

Online memorial condolences may be sent through vanderploegfunerals.com.

William Riesse Baughfman, the son of Gaylord and Carol (Dill) Baughfman, was born May 3, 1947 in Wessington Springs, South Dakota. He received his education and graduated from Yankton High School in Yankton, South Dakota after high school he served in the United States Army as a Green Beret from 1965 – 1969. After the service he attended the University of South Dakota in Vermillion graduating with a bachelor in History and Education. Bill drove truck as a living, owning and operating Baughfman Trucking before he retired in 2005. He passed away on August 23, 2012 at the Sanford Sheldon Medical Center, reaching the age of 65 years, 3 months and 20 days.

He was a member of the First Reformed Church in Boyden; he was active in the Bible Studies and the Children After School Program. He was also a member of the William Monster Post # 272 of the American Legion in Boyden, Iowa and of the Fraternal Order of Eagles #2297 in Sheldon. He loved hunting and fishing.

He was preceded in death by his parents; a daughter, Billie Jo and a sister, Gaye Schnieder.

Visitation will be after 2:30pm on Sunday, with the family present from 2:30pm to 5:00pm at the funeral home. 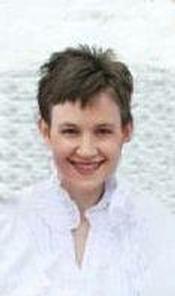 Lindsey Nicole (Jacobsma) Arens, age 30 of Sioux Falls, SD, formerly of Rock Rapids, IA went to be with the Lord unexpectedly Wednesday, August 22, 2012 at her home in Sioux Falls, SD.

Funeral service will be 10:30 AM, Saturday, August 25th at the United Methodist Church in Rock Rapids, IA, with Rev. Marcia Sangel officiating.

Burial will be at 2:00 PM, Saturday, August 25th at Union Cemetery in Harris, IA.

Lindsey Nicole (Jacobsma) Arens was born April 8, 1982 to Roger Jacobsma and Mary Immens in Rock Valley, IA. She was raised in Rock Rapids and graduated from Rock Rapids High School in 2000. She later graduated with top honors from Northwest Iowa Community College receiving her LPN nursing degree. She was united in marriage to Jon Arens on July 15, 2006. Lindsey made her home with her husband and three children in Sioux Falls, SD. She worked with Ultimate Nursing, a home healthcare firm based in Sheldon, IA specializing in pediatrics. Lindsey was a very caring person. She enjoyed her chosen profession and helping the people she worked with. She took great enjoyment from caring for and riding her horses. Another interest for Lindsey was TaeKwonDo. Even with her small size, she rose to the degree of black belt. Her mother liked to remind her that dynamite comes in small packages. Mostly, Lindsey loved her family. She was a devoted mother to her children, and a woman who would go through thick and thin with them. She was also a loving and devoted wife. Lindsey loved her husband Jon very much. She will be greatly missed.
Lindsey is survived by her husband Jon, and their children, Jenika, Aiden and Aislynn, all of Sioux Falls, SD; father, Roger (Lana) Jacobsma of Hull, IA; mother, Mary (Kurt) Huisman of Rock Rapids, IA; mother and father-in-law, Dave (Geri) Arens of Sioux Falls, SD; brother, Eric Jacobsma of Rock Rapids; sister, Amy Prins of Sioux Falls, SD; sister-in-law, Charity (Mike) Schrank of Baltic, SD; Step-brothers, Matt (Lorayne) Middendorp of Clinton, IA and Mike (Heidi) Middendorp of Fulton, IL; step-sister, Michelle Van Sloten of Clinton, IA; paternal Grandmothers, Effie Jacobsma of Sibley, IA and Betty Bonestroo of Hull, IA; many nieces, nephews Aunts Uncles and cousins.
She was preceded in death by her paternal Grandfathers, Tom Bonestroo and Lynn Jacobsma; maternal Grandparents, Fred and Harriet Immens.

In Lieu of flowers memorials should be directed to family for later designation.

The Andringa Funeral Home of Sibley and Ocheyedan in charge of arrangements for Frank Vogel.

A memorial service will be held on Saturday, August 25th at 11:00 a.m. at the First Reformed Church in Hospers. Rev. Milt Sikkema will be officiating.

Visitation will be at the First Reformed Church in Hospers beginning at 3:00 p.m. on Friday, August 24th with the family present from 5:00 until 7:00 p.m. Friday evening. Burial will be at Hospers Cemetery in Hospers, IA at 10:15 a.m. on Saturday.

The Sanborn Funeral Home in Sanborn is in charge of the arrangements for 93 year-old Anthony “Spike” Van Zee of Sheldon. Online condolences may be sent to the family at www.sanborn-hartleyfuneralhomes.com