A funeral service will be held on Tuesday, August 14th at 10:30 a.m. at the First Reformed Church in Sheldon.  Rev. David Brower will be officiating.

Visitation will be at the First Reformed Church in Sheldon beginning at 5:00 p.m. on Monday, August 13th with the family present from 5:00 until 7:00 p.m. Monday evening. Burial will be at East Lawn Cemetery in Sheldon.

The Sanborn Funeral Home in Sanborn is in charge of the arrangements for 69 year old Charles Wolthuizen of Sheldon. Online condolences may be sent to the family at www.sanborn-hartleyfuneralhomes.com

Marvin Watters, age 90, of Ocheyedan, Iowa, passed away on Friday, August 10, 2012, at the Country View Manor in Sibley.

Memorial Services will be Wednesday, August 15, 2012 at 10:30 A.M. at the United Methodist Church in Ocheyedan. Rev. Shannon Pascual officiating. Onyx Lodge Masonic Service to follow. Burial in the Ocheyedan Township Cemetery in Ocheyedan.

There will be no visitation.

The Andringa Funeral Home of Sibley and Ocheyedan in charge of arrangements for Marvin Watters. 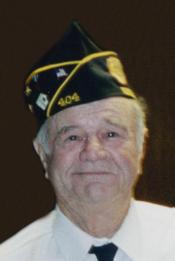 Visitation will be after 2:00pm on Sunday, with the family present from 2:00pm to 4:00pm, at the funeral home.

His services will be 10:30 A.M. on Saturday, August 11, 2012 at the Bethel Reformed Church in Sheldon, Iowa with Rev. Troy Van Beek ~ officiating. Burial with Military Graveside Services by the: Sheldon V.F.W. Bunker-Peterson Post #7354 and the American Legion Mc Glothlen-Cowie Post #145 of Sheldon, IA will be held at 9:45 A.M. at the East Lawn Cemetery in Sheldon.

Henry Martin Kramer, the son of Martin and Ida (Nieuwenhuis) Kramer was born on July 17, 1924 in Orange City, Iowa. He received his elementary education at the Orange City Christian School in Orange City, Iowa and the Lynden Christian School in Lynden, Washington and attended high school in Newkirk, Iowa. He then joined the United States Army during WW II and served in the European Theater of Operations as a medic, driving the ambulance. After the service he returned to Iowa and was united in marriage to Geneva Oolbekkink on November 20, 1946 in the Newkirk Reformed Church in Newkirk, Iowa. The couple made their home in Sheldon, where Henry worked at a radiator shop, Fedders & DeJong Hatchery and for the Farmers Co-op Elevator as a truck driver until he retired in 1986. Henry passed away on Thursday, August 9, 2012 at the Sanford Sheldon Medical Center in Sheldon, Iowa reaching the age of 88 years and 23 days.

He was a charter member of Bethel Reformed Church in Sheldon and served as an usher. He enjoyed playing softball, fishing, gardening, growing flowers and bird watching. He also loved being outdoors either in the mountains or by a lake.

He was preceded in death by a son, Rodney Kramer; his parents; a brother-in-law, Andy O’Neal and seven brothers and sisters-in-law and their spouses.

Funeral service will be at 10:30 a.m. Tuesday, August 14, 2012 at the Zion Lutheran Church in Paullina.  Rev. Donald Erickson will officiate, with burial in the Prairie View Cemetery in Paullina.

Visitation will be after 3 p.m. Monday, with the family present from 5 to 7 p.m. at the Eldridge Family Funeral Home in Paullina.