Mary Ann Jarvill 76 of Sheldon passed away on Thursday November 22, 2012 at the Sanford Sheldon Medical Center

Service will be at 11:00 A.M. Tuesday November 27, 2012 with a graveside service at the East Lawn Cemetery in Sheldon Rev. Marvin Lindley will officiate.

Visitation will be Monday November 26, 2012 from 4 to 6 P.M.at the Vander Ploeg Funeral Home in Sheldon.

Larry Beimers, age 74 of Archer, IA passed away at the Baum-Harmon Mercy Hospital in Primghar, IA on Thursday, November 22nd.

A private family burial will be held at Roseland Cemetery in Sanborn prior to the memorial service. The Sanborn Funeral Home in Sanborn is in charge of the arrangements for 74 year-old Larry Beimers of Archer.

Visitation will be Sunday, November 25th from 4-8 PM with the family present from 6-8 PM at the Jurrens Funeral Home of Ashton. There will be a rosary at 4:00 PM and a vigil service at 7:00 PM Sunday evening.

In lieu of flowers memorial are preferred by the Corbett family.

Her visitation will be from 10:00 – 12 noon on Friday, November 23, 2012 at the Vander Ploeg Funeral Home; Boyden, Iowa with further Funeral Services to be held at 2:00pm Saturday, November 24th at the Thelen Funeral Home in Redfield, SD. Burial will be in St. Mary’s Catholic Cemetery in Zell, SD.

Online memorial condolences may be sent to: vanderploegfunerals.com
Arrangements under the care of Vander Ploeg Funeral Home, Boyden, Iowa.

Donna Jean Zens the daughter of Otto and Marian (Hawke) Hansen was born October 15, 1932 in Redfield, South Dakota. She attended country school and later school in Doland, South Dakota. On December 28, 1963 she was united in marriage to Eugene Zens in Redfield, South Dakota. After their marriage the couple lived in South Dakota, Boyden, Iowa, Blaine, Minnesota before returning to Boyden, Iowa where the couple lived for many years. She worked as a waitress and for many years as a babysitter caring for many babies and small children in the family. Her husband preceded her in death on January 14, 2000 in Sioux Falls, South Dakota. She remained in Boyden until entering the Pleasant Acres Care Center in Hull, Iowa several days ago. She passed away at Pleasant Acres on Tuesday, November 20, 2012 reaching the age of 80 years, 1 month and 5 days.

She enjoyed her time babysitting, spending time camping with her husband at Lake Shetek and playing cards.

She was preceded in death by her husband, Eugene; her parents, Otto and Marian; one sister, Bernadine and her husband, Lloyd Lewis. 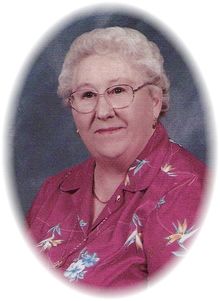 Funeral Services will be Saturday, November 24, 2012 at 10:30 A.M. at the Trinity Evangelical Lutheran Church in Sibley. Rev. James Berka officiating. Burial at 1:00 P.M. at the Lakefield Cemetery in Lakefield, MN.

Friends may visit with the family on Saturday, prior to the Funeral Service from 9:00 to 10:00 A.M. at the Trinity Evangelical Lutheran Church in Sibley.

The Andringa Funeral Home in Sibley in charge of arrangements for Alice Krueger.

Memorial services will be held on Saturday, November 24th, at 10:30 a.m. at Oakdale Evangelical Free Church. Pastor Don Meyer will officiate. Burial will be in the Quimby Cemetery. There will be a family prayer service at 10:15 a.m. at the church on Saturday.

Visitation will be on Friday from 1 p.m. until 8 p.m. with the family present from 6 p.m. until 8 p.m.at the Boothby Funeral Home in Cherokee, Iowa. Online condolences can be left at www.boothbyfuneral.com