Frances L. Bruggom, age 88, of Sheldon, Iowa, passed away on Monday, November 19, 2012 at the Prairie View Nursing Home in Sanborn.

Memorial service will be 10:30 A.M. Wednesday, November 21, 2012 at the Sheldon United Methodist Church in Sheldon, with Rev. Marvin Lindley officiating. Burial with a graveside service will be held at 9:30 A.M. at the Pleasant Hill Cemetery in Primghar, Iowa.

Frances Lavonne Bruggom, the daughter of Harry and Alma (Idso) Johnson was born on April 3, 1924 on the family farm in Baker Township, O’Brien County, Iowa.

She received her education in rural O’Brien County Schools and graduated from Archer High School in 1941. She continued her education receiving her BA from Northwestern College in Orange City, Iowa. Frances was united in marriage to William Bruggom on November 27, 1946, in the Little Brown Church of Nashua, Iowa. The couple made their home on a farm south of Sheldon. Frances was a teacher as she taught in the rural schools for three years and then taught in the Sheldon School District for fifteen years retiring in 1975. The couple moved to Sheldon in 1975. Bill preceded her in death on November 11, 2001. In 2006 Frances moved to the Christian Retirement Home. She passed away Monday, November 19, 2012 at the Prairie View Nursing Home after a brief illness, reaching the age of 88 years, 7 months and 16 days.

She was a member of the United Methodist church in Sheldon. She enjoyed playing golf, bridge, traveling and spending time with her family.

Frances is survived by a daughter, Laurie and her husband Walt Pruiksma of Sheldon and a son, Mark and his wife Glenda Bruggom of Everly, Iowa; five grandchildren, Erin and her husband Jay Whitcanack, Katie Pruiksma, Megan and her husband Peter Jaques, Marcus and Micah Bruggom; five great grandchildren; one sister, Audrey Johnson of Urbandale, Iowa, other relatives and friends.

Frances was preceded in death by her husband, her parents and two brothers, Marvin Johnson and in infancy, Gordon Johnson.

Ronald J. Fylstra was born June 2, 1940 in Hull, Iowa to Dorothy (Warntjes) and Orie Fylstra. Ronald graduated from High School in Hull, Iowa in 1957. Mr. Fylstra did active service in the United States Navy from 1959 to 1963. While in the Navy he attended San Diego State University. On August 8, 1964, he was united in marriage to Iva Jean Koele at Matlock, Iowa. There were no children born to this union.

After serving in the Navy, he worked in banking and served in various corporate managerial positions and as an Executive Director, MFA Insurance Services, Columbia, MO and as CEO of Agway Financial Services, Syracuse, NY. After his corporate career, Ronald and his wife, Iva owned and managed, Mainland Insurance Group and CMS Insurance in Kentucky, the Southeastern U.S. and in Las Vegas, NV.

Ronald served on various corporate boards, as well as on the Board of Milligan College, Johnson City, TN; Sayre Christian Village, Lexington, KY and as an Elder and Ministry Leader of churches in Lexington, KY and Las Vegas, NV.

He is survived by his wife, Iva; a sister, Jeanne Miersma of Palm Desert, CA; along with a nephew and many nieces.

He was preceded in death by his parents and a sister, Marilyn Jacobsma. 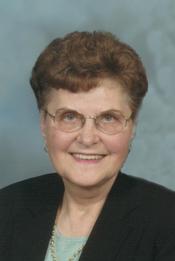 Mass of Christian Burial will be 10:30 AM, Wednesday, November 21, 2012 at Holy Name Catholic Church in Rock Rapids, IA, with Father Jeff Schleisman as celebrant. Burial will follow at Riverview Cemetery in Rock Rapids.

There will be a Vigil service at 7:00 PM at the funeral home.

A memorial service will be held on Monday, November 19th at 11:00 a.m. at the First Presbyterian Church in Sanborn.  Rev. Gregg Johnson will be officiating.

Visitation will be at the Sanborn Funeral Home Chapel from 3:00 p.m. to 5:00 p.m. on Sunday, November 18th with the family present at that time. Burial will be at Roseland Cemetery in Sanborn at 10:15 a.m. on Monday, November 19th prior to the memorial service.

The Sanborn Funeral Home in Sanborn is in charge of the arrangements for 34 year-old Benjamin “Benjy” Goldhorn of Sanborn. Online condolences may be sent to the family at:  www.sanborn-hartleyfuneralhomes.com

Visitation will be Friday, November 16, 2012 after 4:00pm with the Family present from 5:00 – 7:00pm at the First Reformed Church in Hospers. Online memorial condolences may be sent to: vanderploegfunerals.com

Visitation will after 4:00pm Thursday, with the family present from 6:00pm to 8:00pm, at the funeral home.

Kathryn Mae was born on January 21, 1923, in rural Alton, the daughter of Louis J. and Johanna Gertrude (Scholten) Wielenga. She was raised in Orange City, where she graduated from high school, and she went to the Nettleton Business College in Sioux City. She then worked as a secretary for Silent Sioux in Orange City. She was also employed on both the east and west coasts of the United States, partly as a civilian employee of the Army.

On May 15, 1945, she married Homer Wendell De Boer in Orange City. They made their home in Orange City, where she was a homemaker and assisted her husband in representing Investors Diversified Services. Homer passed away on January 24, 1998, in Orange City, after more than 52 years of marriage.

Mrs. De Boer was a member of the Trinity Reformed Church, where she participated in the Booster Club, which later became the Senior Fellowship. She was also active in the Pressman-Kosters American Legion Auxilary and the Orange City Women’s Club, where she served as an officer.

She is also survived by a sister, Mary Evans, of Martinez, California; and three sisters-in-law, Theresa Wielenga, Charlotte Meyer Lubben, and Charlene Kloster.

In addition to her parents and husband, she was preceded in death by a son, Larry De Boer, two brothers, Leland and Wilbur Wielenga, and a sister, Harriet Nichols.

Memorials will be directed to the Pressman-Kosters American Legion Post.