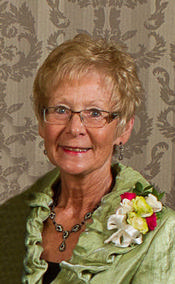 Memorial service will be 2:00 p.m. Saturday, February 9, 2013 at First Reformed Church in Rock Rapids, IA with Rev. Donald Baker officiating. Inurnment will take place prior to the service at the Doon Cemetery in Doon, IA.

Glenn C. Blankers, age 82, of Sheldon, Iowa and formerly of Boyden, Iowa passed away on Tuesday, February 5, 2013 at the Sanford Sheldon Senior Care in Sheldon, Iowa.

His services will be 10:30 am Saturday, February 9, 2013 at the First Reformed Church in Boyden, Iowa with Rev. Matthew Draffen ~ officiating. Burial will be in the Sheridan Township Cemetery in Boyden, Iowa.

Glenn Cornelius Blankers was born on February 13, 1930 to Cornelius “Case” and Alice (Vander Haar) Blankers. He attended country schools around the O’Brien/Sioux County areas and graduated from the 8th grade. Glenn was a member of the First Reformed Church in Sheldon, Iowa and made profession of faith there. Glenn joined the Iowa National Guard in 1947 as a member of Company I of Sheldon. Glenn reached the rank of Sergeant and was honorably discharged in 1958.

Glenn served as a member of the Boyden Fire Department for 32 years. He was very proud to have a son and grandson follow in his footsteps, becoming members of the Boyden Fire Department. Glenn worked at Dethmers Implement and Manufacturing. He left there to become part owner of Quality Farm Supply in Boyden and later returned to Demco Manufacturing, retiring from the company in 1997. Glenn married Gertrude “Trudy” Bosman on May 26, 1954 at the First Reformed Church of Boyden, and they made their home in Boyden. They attended the First Reformed Church of Boyden where he was active as a deacon, elder, usher, choir member, and involved in Christian education. In 2007, Glenn and Trudy moved to the Christian Retirement Home in Sheldon, Iowa. Glenn moved to Sanford Senior Care in December 2011, and he passed away there on February 5, 2013 reaching the age of 82 years, 11 months and 23 days.

Glenn enjoyed singing and was a member of the Sheldon Apollo Club, the Sheldon Barbershop Chorus, and the Senior Saints for many years. He also enjoyed woodworking, traveling and golf during retirement.

Glenn is survived by his wife of 58 years, Trudy; 4 children, Gaylene Blankers of Winterset, Iowa; Gary (Evonne) Blankers of Sioux City, Iowa; Galen (Denise) Blankers of Sheldon, Iowa and Gloria (Brian) Bartelt of Titonka, Iowa; grandchildren, Andrea (Patrick) Regan, Mark Blankers and his fiancé, Diane Schroth, and Emily Blankers; Elizabeth Blankers, Craig (Anna) Blankers and Christopher Blankers; Matthew Bartelt and David Bartelt. Glenn was looking forward to the birth of his first great-grandchild in May. He is also survived by his brother, Harold (Aletha) Blankers of Port Charlotte, Florida, sisters-in-law, Mildred Blankers and Muriel (Andy) Kanengieter both of Sheldon, Iowa along with many nieces and nephews, relatives, and friends.

Preceding Glenn in death are his parents and 2 brothers, Dwight and Lee.

Mass of Christian burial will be 10:30 a.m. Friday, February 8, 2013 at The Church of St. Mary in Larchwood, IA with Fr. Jeff Schleisman officiating. Burial will follow at the Larchwood Cemetery in Larchwood.

Visitation will be Thursday, February 7th from 2 – 8 p.m. with family present from 6 – 8 p.m. at The Church of St. Mary in Larchwood. There will be a 7 p.m. vigil service Thursday evening at the church.

Peter Cornelius Bontje was born April 3, 1931 in Voorburg, Holland to Peter and Maria (Vieveen) Bontje. He grew up in Holland, along with seven brothers and sisters, during World War II. He worked at KLM Royal Dutch Airlines. In 1950, the family immigrated to the United States, settling in Larchwood. He worked for Gerard Scholten and then went to work at Morrells. He retired in 1987 after working there for 36 years. Peter married Mary Ann Croegaert on November 28, 1959. They lived in Larchwood where they raised four children. He was a member of St. Mary’s Catholic Church where he sang in the choir for many years. He enjoyed spending time with his family. In his free time he enjoyed woodworking, refinishing and building furniture. He also liked watching sports on TV, especially the Vikings and the Cubs.

He was preceded in death by his parents, sisters; Cora and Ann, and brother Bill.

Visitation will be after 4:00pm on Friday at the funeral home.  The family will greet relatives and friends on Saturday after the service at the church.

Funeral service will be at 11:00am Wednesday, February 6, 2013 at the Warner Chapel in Spencer with Pastor Chuck Kellogg officiating.

Visitation will be held one hour prior to the services at the Warner Funeral Home in Spencer. Interment will be at the East Lawn Cemetery in Sheldon at 2:00pm on Wednesday February 6, following the lunch at Grace United Methodist Church in Spencer.

Condolences may be sent at www.warnerfuneralhome.com.

Warner Funeral Home of Spencer is in charge of the arrangements

There will be a funeral service on Tuesday, February 5, at 10:00am, at the Hope Christian Reformed Church in Hull.  The Rev. Todd Zuidema will officiate.  Interment will follow at the Hope Cemetery in Hull.

Visitation will be after 5:00 pm on Monday, with the family present from 6:00 pm to 8:00 pm at the church.  Arrangements are with the Oolman Funeral Home in Hull.