Funeral services will be held at 11:00 A.M. Saturday, January 12, 2013 at the Grace United Methodist Church in Marcus. Pastor Ron Rice will officiate. Burial will take place at a later date.

Visitation will begin at 2:00 P.M. Friday, with the family present from 5:00-7:00 P.M. at the Grace United Methodist Church in Marcus. The Greenwood-Schubert Funeral Home in Marcus is in assisting the family with arrangements. Online condolences may be sent to the family at www.greenwoodfuneral.com.

David William Rohwer, the son of Richard and Lois (Phipps) Rohwer, was born in Cherokee, Iowa on December 8, 1952. He was baptized in 1952, and confirmed in 1966. His childhood years were spent in northwest Iowa. He attended school in Sheldon, Iowa, and graduated with the class of 1971. He received training in auto repair from NCC in Sheldon.

In 1972, Dave was drafted into the U.S. Army. Since the Viet Nam conflict was nearing its end, he was fortunate enough not have to go to Viet Nam, but was, instead, stationed in Alaska for two years in the Army Corps of Engineers. After moving back from Alaska, Dave returned to Primghar, Iowa where he ran Dave’s Electric. A few years later he joined the City of Primghar’s Municipal Utilities, working as a journeyman power lineman.

On August 26, 1977, he was united in marriage to Sandy Schoof. They lived in the Primghar area until 1985. On August 13, 1981 Sandy gave birth to their son, Ryan Rohwer. Starting in 1985, the family spent the next 15 years in Sanborn where Dave worked for the city as a power lineman and cable TV technician. During this time he was integral in establishing the cable TV system for the city of Sanborn. In 2000 he went to work as lead cable technician for WesTel Systems in Marcus—a position he held until his accident in June 2012.

No matter where he called home, Dave enjoyed being involved in the community—whether it was a church board, library board, city council, Jaycees or the local fire department. He loved to go camping and fishing with his family and his friends. He took great pride in working outside in his yard.

Dave passed away on Tuesday, January 8, 2013, at the Heartland Care Center in Marcus, Iowa, at the age of 60. He was preceded in death by his mother, his father-in-law, Leonard Schoof, brother-in-law, Mark Langholz, and his beloved canine companion, Maggie.

Visitation will be after 4:00pm on Tuesday, with the family present from 5:00pm to 7:00pm, at the funeral home. 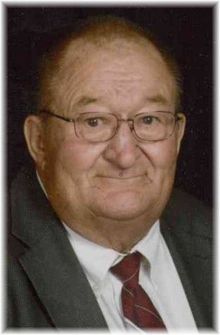 The Andringa Funeral Home Sheldon Funeral Service of Sheldon in charge of arrangements for James Habben.

Funeral service will be 11:00 AM, Friday, Jan. 11, 2013 at Jurrens Funeral Home in Rock Rapids, IA with Rev. Marsha Sangel officiating. Burial will follow at Riverview Cemetery in Rock Rapids. 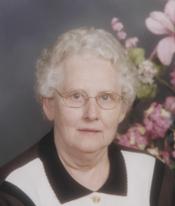 Visitation will be Tuesday, January 8th from 4-8 PM with family present from 6-8 PM at St. Mary’s Catholic Church in Ashton. There will be a rosary at 4:00 PM and a vigil service at 7:00 PM Tuesday evening at the church.

Thelma Jane (Kruger) Hatting was born April 8, 1930 in Ashton, Iowa, the daughter of Helmer H. and Lydia (Christians) Kruger. She grew up in the Ashton area and attended country school. On June 5, 1951 she was united in marriage to Charles B. Hatting at Ashton. Thelma worked as a cook at the Ashton Public School and St. Joseph’s School along with raising her four children. She also babysat for many years. After her husband’s death in 1980 she was employed as a cook at the Cedar Cabin, until her retirement in 2008.

In 2009 Thelma entered the Sibley Nursing & Rehab Center where she remained until her death on January 4, 2013 at the Osceola Community Hospital in Sibley at the age of eighty-two.

She was preceded in death by her husband of twenty-nine years, Charles Hatting; her parents, Helmer and Lydia Kruger; step-mother, Lena Kruger; brother, Eugene (Bob) Kruger; and a great-grandson, Matthew Anderson.

In lieu of flowers memorial are preferred.