Funeral services for Kenneth Muyskens will be held on Monday, January 7, 2013 at 10:00 AM at the Kanawha Christian Reformed Church, 129 East 3rd Street, in Kanawha with Pastor Steve Schulz officiating.  Burial will be at West Lawn Cemetery in Orange City at 4:00 PM on Monday.

Visitation will be held on Sunday, January 6, 2013 from 4:00-6:00 PM at Ewing Funeral Home, 118 East 2nd Street, in Kanawha and continue one hour prior to services at the church in Kanawha on Monday.

There will also be a brief visitation and prayer service on Monday, January 7, 2013 at 3:00 PM at First Reformed Church in Orange City.

A full obituary is available at www.ewingfh.com.

A memorial service will be held on Monday, January 7th at 2:00 p.m. at the First Presbyterian Church in Sanborn. Rev. Gregg Johnson will be officiating. Burial will be at East Lawn Cemetery in Sheldon at 1:00 p.m. on Monday.

Visitation will be held on Sunday, January 6th from 3:00 to 5:00 p.m. at the Sanborn Funeral Home Chapel with the family present at that time.

The Sanborn Funeral Home in Sanborn is handling the arrangements for Evelyn Agena of Sanborn. 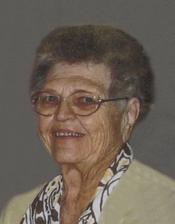 Visitation will be Sunday, January 6th from 4-8 PM with family present from 6-8 PM at St. Mary’s Catholic Church in Ashton. There will be a rosary at 4:00 PM and a vigil service at 7:00 PM Sunday evening at the church.

Dorothy Mae Chadwick was born on April 21, 1931, the daughter of John Thomas and Ella (Ebert) Chadwick in Sibley, IA. She was raised on a farm outside of Sibley, where she attended country school. She later graduated from Sibley High School. On June 21, 1950, Dorothy was united in marriage to Martin Kolbeck in Ashton, IA and the couple lived on a farm near Sibley. After twenty-three years of marriage Martin died suddenly in a farming accident. Following his death Dorothy married Marvin Seivert on November 9, 1974 at the St. Andrew’s Catholic Church in Sibley and they lived in Ashton until 2003 when they moved to Sheldon. Dorothy and Marvin enjoyed spending their winters in Arizona for thirty-eight years. Dorothy was a member of the St. Mary’s Catholic Church, Catholic Daughters, Grand Legion, a life member of the VFW, Girl Scout Leader, member of a coffee group and the country club. She enjoyed hosting many Halloween parties for the Girl Scouts and Daycamp. She loved playing cards, gardening, canning, sewing, crafts, cross-stitch and knitting blankets for her grandchildren and great-grandchildren. Every family member received a handmade Christmas stocking. She liked to coffee and visit and loved to spend time with her family. Her grandchildren remember the candy drawer, playing games and that grandma loved to read to anyone that would sit on her lap. They also remember their grandmother as the “Scrabble Queen”.

Memorial Service will be Friday, January 4, 2013 at 1:30 P.M. at the United Church of Christ Congregational in Sibley, Iowa. Rev. Larry Laskie officiating.

Burial of cremains will be at a later date.

The Andringa Funeral Home of Sibley in charge of arrangements for Ruth Grave.