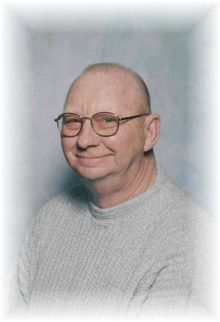 Funeral Services will be Friday, January 4, 2013 at 10:30 A.M. at the Andringa Funeral Home in Sibley. Rev. Terry Simm officiating.

Burial in the Evergreen Lawn Cemetery in George, Iowa.

Irene Verna McAlpine (Haraldson) was born on January 14, 1926 to Olaus Haraldson and Alvina Bjerke in Jasper, Minnesota. She was raised on a farm near Jasper. As a young girl Irene attended the Rosedell Lutheran Church where she was confirmed. In 1943, she graduated from the Jasper High School. She attended Rasmussen Business College in Sioux Falls graduating in 1944. During World War II she was employed by the Department of Defense, working out of Las Vegas, Nevada. On August 16, 1946 she was united in marriage to Harold (Midge) McAlpine in Luverne, Minnesota. They made their home in Sheldon, Iowa except for a one year period (1957) in New Ulm, Minnesota.

Irene was a person of extreme faith and she shared that faith with her children. Irene enjoyed all sort of crafts including knitting, crocheting, sewing and ceramics. She so enjoyed making something special for her children, grandchildren and friends. These special gifts will always be cherished. Irene enjoyed baking and decorating cakes. Irene also enjoyed making traditional Norwegian treats during the holidays. Her “lutefisk” and “lefse” were high on her list of favorites – not sure her children acquired her taste for the “lutefisk”. She enjoyed camping, planting flowers and most of all visiting and spending time with her 10 children, the many grandchildren, great grandchildren and friends. She always had the coffee on, served with a smile and warm hug.

Irene is preceded in death by her husband (Midge), her parents, four sisters and two brothers.

Visitation will be after 5:00pm on Wednesday, with the family present from 5:00pm to 7:00pm, at the funeral home.

Due to his wife being ill, the service date has not been set at this time.

Arrangements are being completed by the Oolman Funeral Home in Orange City.

Daniel Schutte, age 79, of Rushmore, Minnesota, passed away on Sunday, December 30, 2012, at the Osceola Community Hospital in Sibley, Iowa.

Visitation will be Wednesday, January 2, 2013, with the family present from 4:00 to 8:00 P.M. at the American Reformed Church at 1720 Burlington Avenue in Worthington, Minnesota.

Memorials may be made in care of the family for future designation.  Online Expressions of Sympathy can be sent to www.andringafuneralhome.com

The Andringa Funeral Home of Sibley in charge of arrangements for Daniel Schutte.