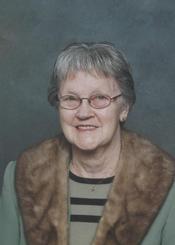 William “Bill” Lawrence Andersen, the son of Don and Linda (Bannick) Andersen was born on October 30, 1970 in Sheldon, Iowa. Bill graduated from MOC Floyd Valley High School in Orange City. While attending MOC, Bill managed the boys’ basketball state championship team. Going to Des Moines and being a part of the team was a very exciting time for Bill. After graduation he attended college in Fort Dodge to become a radio announcer. He worked at KIWA in Sheldon for one summer.

Bill lived in several towns before moving to LeMars, Iowa where he became a resident of the Pride Group. He lived on his own for 6 years. He worked at Wells Blue Bunny for a while and then got a job at the Holiday Inn Express which he truly loved and they loved him. Bill became ill on May 17th and was in the LeMars Hospital before being transferred to St. Luke’s in Sioux City on the 18th of May. He fought a good fight but God choose to take him on Sunday, June 24, 2012 reaching the age of 41 years, 7 months and 24 days.

Bill was a member of Our Saviors Lutheran Church in Sheldon. His interests were reading, basketball, eating at the Pizza Ranch with his parents and Coca-Cola. His favorite thing was his Sunday afternoon phone calls with his mom.

Left behind to cherish his memories is his mom, Linda Andersen of Sheldon, Iowa; one cousin, Clara Bannick of Rock Valley, Iowa; and several other relatives and friends.

Leatrice M. Honkomp, age 85, of Sheldon, Iowa passed away on Friday, June 22, 2012 at the Sunset Hospice Cottage in Worthington, Minnesota

Services will be at 10:30am Monday, June 25, 2012 at St. Patrick Catholic Church in Sheldon, Iowa with Fr. Allan A. Reicks ~ officiating. Burial will be in the St. Mary’s Catholic Cemetery in Ashton, Iowa.

Visitation will be Sunday, June 24th after 4:00pm with the family present from 4:00 – 6:00pm at the Vander Ploeg Funeral Home in Sheldon, A Christian Wake Service will be at 6:00pm and a Catholic Daughters of America Rosary will be at 6:30pm Sunday at the Funeral Home.

The Vander Ploeg Funeral Home in Sheldon is in charge of arrangements. Online memorial condolences may be sent to: vanderploegfunerals.com

Ivan Van Veldhuizen, age 74 of Sanborn, IA passed away at the Prairie View Nursing Home in Sanborn, IA on Friday, June 22, 2012. A funeral service will be held on Tuesday, June 26th at 10:30 a.m. at the First Reformed Church in Sanborn. Rev. Gary Hegstad will be officiating.

Visitation will be at the church beginning at 2:00 p.m. on Monday, with the family present from 6:00 until 8:00 p.m. Monday evening. Burial will be at Roseland Cemetery in Sanborn. The Sanborn Funeral Home in Sanborn is in charge of the arrangements for 74 year old Ivan Van Veldhuizen of Sanborn.

The Andringa Funeral Home Sheldon Funeral Service of Sheldon in charge of arrangements for Agatha Boone.

Agatha “Geet” Eleanore Boone was born on February 29, 1924 in Council Bluffs, Iowa. She was the daughter of Gustave and Rosa (Caracciolo) Rindone. She lived her youth in Council Bluffs and attended Iowa School for the Blind in Vinton, Iowa. After high school, Agatha was accepted to go to Coe College.

She was united in marriage to Bernard Lloyd Boone of Sheldon, Iowa on October 5, 1946 in Council Bluffs, Iowa. They lived in Marion, Iowa before moving to Sheldon, Iowa. Agatha was a homemaker. She babysat and also taught piano lessons. Her greatest aspiration was to be a great wife and mother and succeeded at both.  She was a member of the Calvary Baptist Church in Sheldon, where she was a Sunday School Teacher, Church Pianist, sang in the church choir and wrote materials for the Christmas programs.

Agatha wrote poetry and loved music. She played the piano, violin and accordion. She enjoyed collecting cookie cutters (she had over 1000). She liked to read Braille rather than listen.  Agatha will be remembered as a very giving and generous person. She thought of everybody else before herself. She was a great prayer warrior and modeled her life after I Corinthians 13. The book of John was her favorite. She lived what she believed.

She passed away on Friday, June 22, 2012 at Sanford Sheldon Hospital in Sheldon.

Those left to cherish her memories are her husband of 65 years: Bernard L. Boone of Sheldon, IA; daughter and son-in-law: Audrey and Robert Winter of Boyden, IA; two sons and daughters-in-law: Daniel and Lisa Boone of Glenwood, IA, Timothy and Lissa Boone of Belleville, IL; 9 grandchildren; 4 great-grandchildren; one brother and sister-in-law: Paul and Obie Rindone of Council Bluffs, IA.