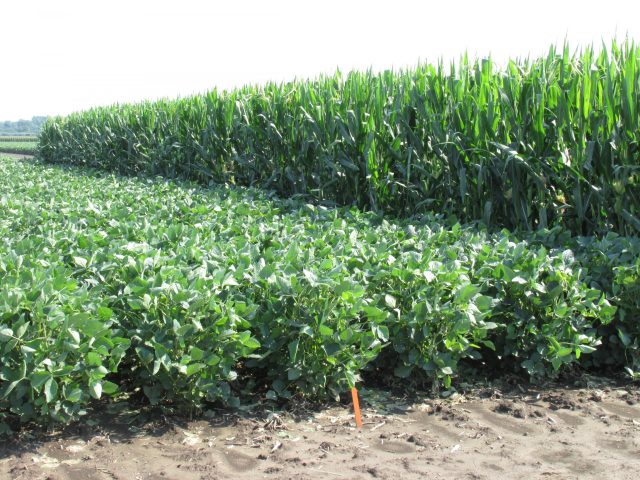 IARN — Variable precipitation across Iowa resulted in 4.3 days suitable for fieldwork during the week ending July 18, according to the weekly Crop Progress and Conditions Report on Monday.

Iowa producers reported crops responded well to recent rains while indicating more rain is needed. Corn silking or beyond reached 60%, one day ahead of the 5-year average. Corn in the dough stage reached 6%, three days ahead of normal. Iowa’s corn condition was rated 68% good to excellent.

“This is showtime for corn,” said Rippey. “We see over half of the nation’s crop – 56% — silking or beyond by July 18th. That is ahead of the five-year average of 52% and also ahead of last year’s 55%. Just within the last week, we saw six Midwestern states with at least a 30% increase in silking progress. Those six states are Indiana, Iowa, Michigan, Minnesota, Nebraska and Ohio.”

Rippey also takes a look at how the nation’s soybean crop is coming along.

“We see soybeans moving right into and through production,” said Rippey. “We see 63% of the U.S. soybean crop blooming by July 18th. That is ahead of the five-year average of 57% and also ahead of last year’s 62%.”