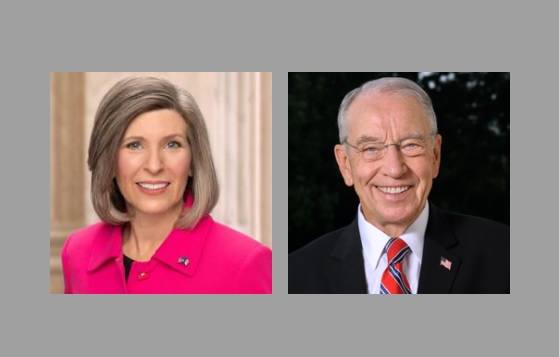 Grassley and Ernst have sent a letter to USDA Secretary Tom Vilsack addressing recent actions by the Biden Administration that they say have “the potential to harm Iowa’s agriculture industry.” In the letter, the Iowa senators express concern over the Administration’s intentions to roll back the previous administration’s Navigable Waters Protection rule and rumored plans to undercut the Renewable Fuel Standard (RFS).

During his weekly conference call with farm reporters this week, Senator Grassley was asked what his message is to Iowa farmers now that there are talks of a possible return to the Obama-era Waters of the US Rule, or WOTUS.

“We’re just beginning to hear about it,” said Grassley. “I’d like to refer you to a speech I gave (Monday) on that subject with a map showing 97 percent of the land of Iowa would be covered by that rule. I think it’s going to get increasing attention. This was a big deal in agriculture in 2015 and 2016. If Trump hadn’t been elected, you’d have farmers today getting permits to do regular farming. That’s a sad commentary and we do not want to go down that road again. I hope we can launch an effort to keep the Trump rules.”

Earlier this year, Grassley joined Ernst on a Senate resolution that expressed the need for the U.S. Senate to stand with farmers, ranchers and other important stakeholders by supporting the Trump Administration’s Navigable Waters Protection Rule, which replaced the Obama-era WOTUS rule.