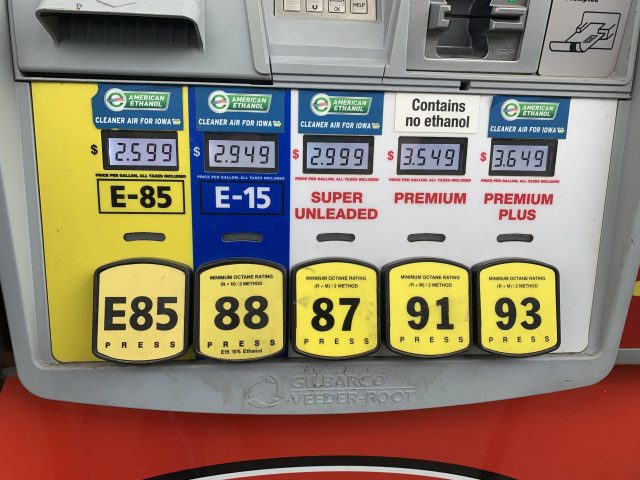 On Friday, the Iowa Corn Growers Association and the Iowa Renewable Fuels Association jointly sent a letter to the president asking his administration to take three immediate steps to expand E15 availability and lower prices at the pump for consumers.

In the letter, the groups stated that EPA Administrator Michael Regan should finalize the E15 labeling rule, should allow E15 to be sold through E10-approved underground storage tanks and dispensers, and that the EPA should propose and finalize a rule to limit the volatility of gasoline blend stocks, thereby allowing E15 to be sold year-round.

In a recent interview with the Iowa Agribusiness Radio Network, ICGA President Lance Lillibridge says Iowa Corn has been lobbying on behalf of the ethanol industry for decades, and that the organization is hopeful the president embraces the role ethanol can play in reducing emissions.

“Iowa Corn kind of helped start the whole ethanol industry back in the 70s,” said Lillibridge. “It was a great move. Ethanol is such a cleaner burning fuel. It’s cheaper and there are so many benefits to it. Ethanol is renewable. This corn field out here is the best solar collector that we have. To able to take that energy from the sun and use it in a liquid fuel, I don’t know how it could get any better.”

Besides being a renewable fuel and helping lower emissions, Lillibridge says ethanol also lowers costs at the pump.

“The carbon footprint of ethanol, it’s going down all the time,” said Lillibridge. “There is a possibility here in a few years where that carbon footprint would become net zero or negative. We really need to focus on ethanol and the clean air. I see the UK has bumped up their standards from 5% to 10%. That was a big deal. That means other nations are seeing that benefit as well.”

The full letter can be read here.