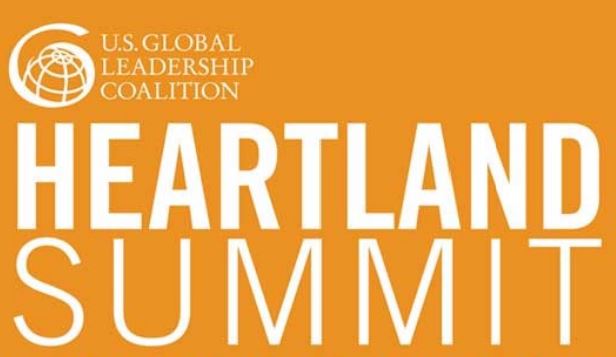 During the 90-minute program, USGLC showcased how global investments in agriculture and U.S. international affairs programs help create jobs, feed the hungry and reduce poverty around the world.

Former U.S. Secretary of Agriculture and Congressman Dan Glickman of Kansas is a Senior Advisor for the U.S. Global Leadership Coalition.

“The Heartland Summit’s purpose is to bring a diverse group of people from the central part of the country together to talk about how important it is for America to lead the world in a lot of different areas,” said Glickman. “Economically, agriculturally – certainly one of the most important parts of that – diplomatically and militarily. The great thing about it is to get diverse groups of people from different political and ideological perspectives, business academia and humanitarian to understand the significance of us being engaged in the world.”

Glickman says one in five American jobs is supported by global trade. He notes agriculture leads the charge in this area.

“It is probably the one sector of the U.S. economy that is most reliant on the (international) relationships and the export markets particularly,” said Glickman. “We have about 50 percent of all we produce – both in terms of crops and livestock – going overseas. And of course, we import a lot of items as well in the fresh produce area and things we can’t really grow here as much.”