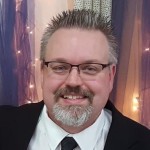 Northwest Iowa — Blood is in short supply in the U.S., according to national sources. And according to area officials, it’s happening here too. END_OF_DOCUMENT_TOKEN_TO_BE_REPLACED

Sheldon, Iowa — Donations to the 2021 Sheldon United Fund are basically on-pace to meet the goal.
END_OF_DOCUMENT_TOKEN_TO_BE_REPLACED

Matlock, Iowa — Two women, one from Hull and one from Le Mars were taken to the hospital after an accident near Matlock on Saturday. END_OF_DOCUMENT_TOKEN_TO_BE_REPLACED

Spirit Lake, Iowa — A Jackson, Minnesota woman and her son are dead as the result of a crash near Spirit Lake on Saturday. END_OF_DOCUMENT_TOKEN_TO_BE_REPLACED

Van Meter, Iowa — An outdoor Veterans Day service was held this past week at the Iowa Veterans Cemetery where more than six-thousand Iowa veterans are buried.

Governor Kim Reynolds noted November 11th was renamed Veterans Day in 1954, to honor the generations of Americans who’ve served in the military over more than two centuries.

Captain Kevin Waldron, the deputy director of public affairs for the Iowa National Guard, noted the beginning of the liberation of the western front in World War II started 77 years ago.

Waldron, who was the keynote speaker at the service, did a tour of duty in Afghanistan in 2018. He gave a brief summary of a key battle Iowa National Guard soldiers fought a decade ago.

Waldron asked for a moment of silence to honor the two-thousand-61 (2061) American soldiers who died during the 20-year war in Afghanistan. As flags at the Veterans Cemetery flapped in the brisk wind, taps was played to conclude the service.

More than 700 Iowa veterans from wars dating back to the middle of the last century were buried at the Iowa Veterans Cemetery in 2020. The cemetery was dedicated in 2008 and sits on a hill just south of Interstate 80, near Van Meter.

Sioux City, Iowa — One of the ceremonies on this past week’s Veterans Day honored Iowa military hero George “Bud” Day of Sioux City, and his wife Doris. The event was a ribbon-cutting at the Interpretive Center at the Siouxland Freedom Park in South Sioux City. END_OF_DOCUMENT_TOKEN_TO_BE_REPLACED