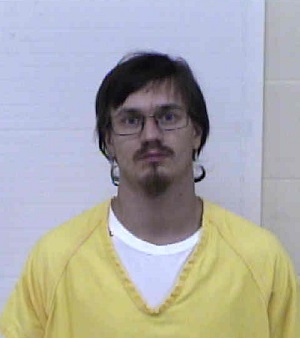 George, Iowa — We now have a little more information on the stabbing that occurred in George about three weeks ago, and it’s an unusual situation.

The Lyon County Sheriff’s Office has just released information about the incident. They say on October 30th, they were called to the 300 block of East Indiana Avenue in George for the report of a person that had been stabbed.

When they got there, they tell us what they found is not exactly what you’d expect at a call of such a nature. They found that 24-year-old Devin Gerloff of Rock Rapids had been stabbed numerous times. Also present at the scene was a 16-year-old juvenile.

Deputies believe that the victim of the stabbing — Gerloff — had allegedly been caught committing a burglary in the 300 block of South Virginia Street in George. Gerloff was allegedly followed down the alley by the 16-year-old Juvenile, where they tell us an altercation took place. During the altercation, the 16-year-old juvenile allegedly stabbed Gerloff numerous times.

The 16-year-old juvenile was arrested and charged with Willful Injury, a class C felony. At last report, the juvenile was being housed at the Juvenile Detention Center in Cherokee.

Meanwhile, Gerloff was charged with two counts of criminal mischief in the second degree, second degree theft, and third degree burglary, which are all class D felonies. He also faces misdemeanor charges of possession of a controlled substance, two counts of theft in the fourth degree, possession of drug paraphernalia, and theft in the fifth degree. Gerloff was arrested and at last report was being held in the Lyon County Jail without bond. If convicted of a class D felony, Gerloff could spend five years in prison.