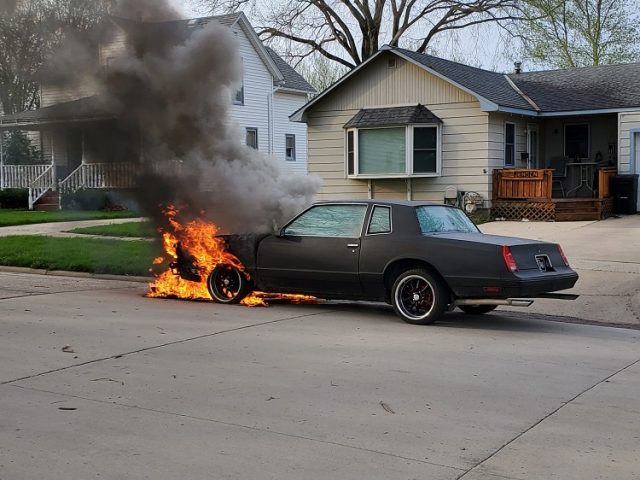 Sheldon, Iowa — Sheldon firefighters were called out Friday morning to a report of a car fire.

According to a press release from the Fire Department, then were paged shortly after 7:45 Friday morning to a vehicle fire at 403 8th Street. Officials say the location was then changed to 918 4th Street.

According to the fire department, upon arrival they found a 1987 Chevrolet Monte Carlo parked on the street, with fire coming from the engine compartment. Firefighters quickly extinguished the blaze with about 300 gallons of water.

Fire officials say the Monte Carlo appears to be a total loss.

19 Fire fighters responded to the call and left the scene at 8:30.

Sheldon Fire was assisted on scene by the Sheldon Police Department.