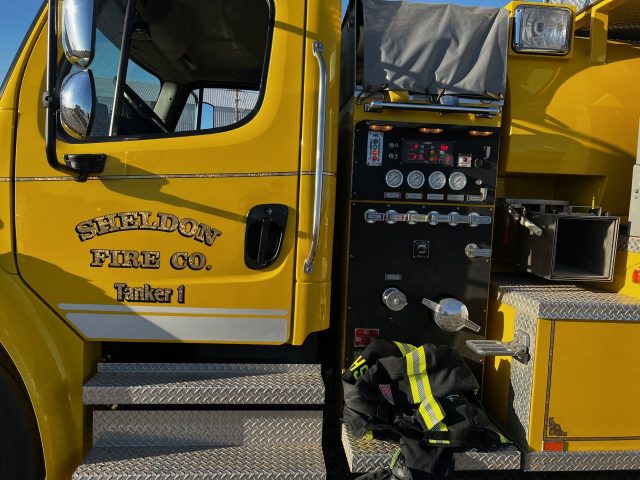 Sheldon, Iowa – A combine was damaged in a fire near Sheldon on Monday, September 26th, 2022.

According to Sheldon Fire Company Assistant Chief Brad Hindt, firefighters were paged about 4:40 p.m. to 330th Street and Marsh Avenue for a combine fire. That’s just west of Sheldon’s south side, west of Sudbeck Trucking.

Hindt says that when firefighters arrived, they found that the fire had been put out by a Sheldon Police officer with a fire extinguisher. The fire was in the rear discharge area of the combine.

He tells us firefighters used about a hundred gallons of water to cool the rear of the combine.

According to Hindt, it looked like there was an electrical short that started discarded bean remains on fire.

He says there was minor damage to the electrical wiring and plastic fuel tank.

Hindt tells us the Sheldon Police Department assisted them on the scene. The Sheldon Fire Company was back in service at 5:10 p.m.