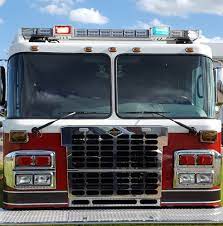 According to Alton Fire Chief Quintin Van Es, about 6:35 p.m., the Alton Fire Department was called to the report of a combine fire near Kiwi Avenue and 450th Street, two miles east of Alton’s north side.

The chief says the fire department saw heavy black smoke and a fully-involved 1990 International combine as they approached the scene. He says they used both tankers, with inch-and-a-half lines from both trucks. He says they were able to keep the fire from a nearby soybean field.

Van Es says no injuries were reported to people, pets, or livestock.

He says the cause of the fire is suspected to have been a hydraulic leak, based on indicator lights that were showing up on the console just before the fire, according to the combine’s operator. Van Es says hydraulic fluid can be quite flammable, especially if it’s the right kind of leak. He says misting hydraulic fluid falling onto a hot engine would very likely cause a fire.

Chief Van Es reports that the combine was close to totaled, if not completely totaled.

He says the firefighters who responded were on the scene for about an hour.