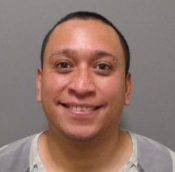 Sioux Center, Iowa — An Omaha man faces a combination of felony and misdemeanor child endangerment charges in the wake of a Friday night domestic disturbance.

According to the Sioux County Sheriff’s Office, deputies were called to a residence north of Sioux Center shortly after 10:00 o’clock Friday night (November 18th) to the report of a domestic disturbance.

Deputies say their investigation revealed that two incidents of child endangerment had occurred with two separate children; one of the children had minor injuries, was seen at a local hospital, treated and released.

The Iowa Department of Human Services assisted in the investigation.