Hull, Iowa– The Casey’s General Store in Hull was severely damaged — possibly totaled — in a fire on Wednesday morning, September 28, 2022.

According to Hull Fire Chief Ron Hoksbergen, at about 7:00 a.m., the Hull Fire Department was called to the report of a fire in the kitchen at Casey’s at the corner of Highway 18 and K52 in Hull.

The chief says the fire department saw lots of heavy smoke blowing across the road as they approached the scene. He says they fought the fire with a mainly interior attack as the fire was mostly above the false ceiling. He says they cut holes in the building to get closer to the hot spots and to ventilate the building. He tells us there were not a whole lot of flames, but there was a lot of smoke.

Hoksbergen says there were workers in the building at the time of the fire but everyone got out OK and no injuries were reported.

He says the cause of the fire is under investigation by the State Fire Marshal’s office, but from what he could tell, it appeared to have started in the store room behind the kitchen. Employees also reported an explosion that occurred inside shortly after flames and smoke were seen, according to the Sioux County Sheriff’s Office.

Chief Hoksbergen reports that in his opinion, the building and its contents are probably a total loss. He tells us there’s been no word yet that he’s aware of on Casey’s plans for the future in Hull.

He says the firefighters who responded were on the scene for about two and a half hours.

Fire departments from Hull, Sioux Center, and Rock Valley, the Hull Ambulance Squad, and the Sioux County Sheriff’s Office responded to what authorities are calling “a large fire” at the Casey’s. They tell us that employees were working inside at the time the fire started, but escaped without injury. The cause of the fire is unknown at this time.

We’ll bring you the details as they become available. 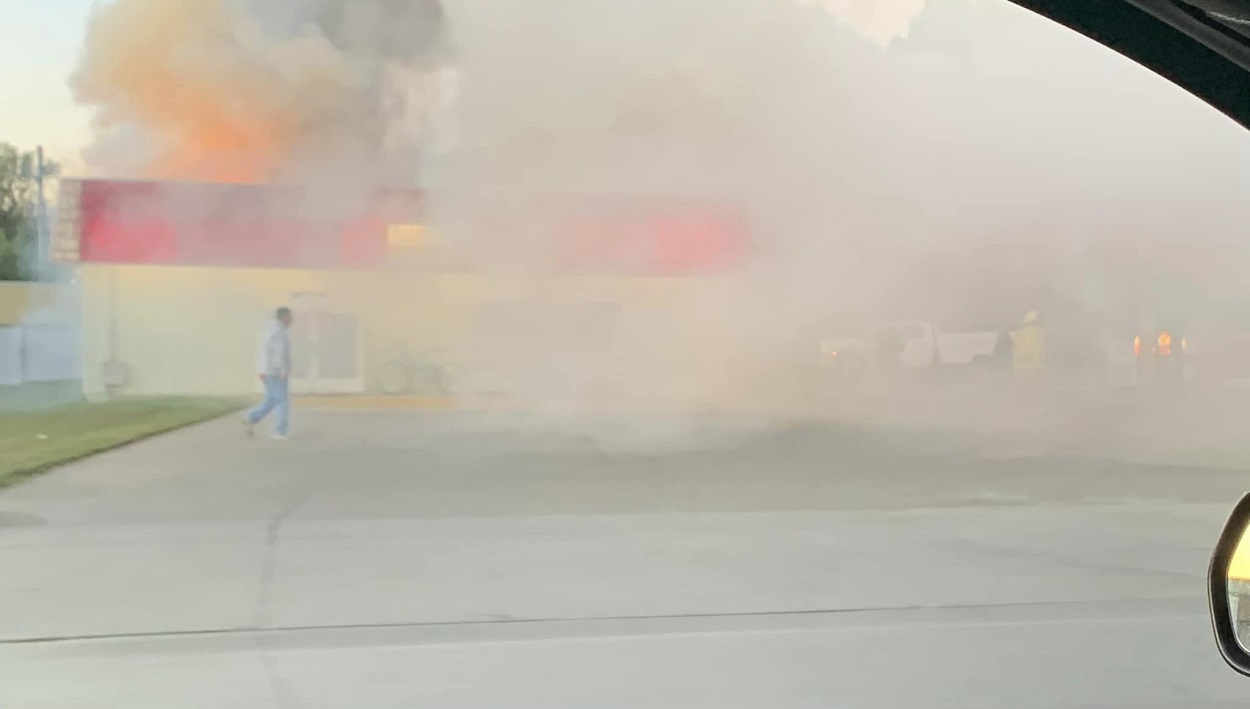 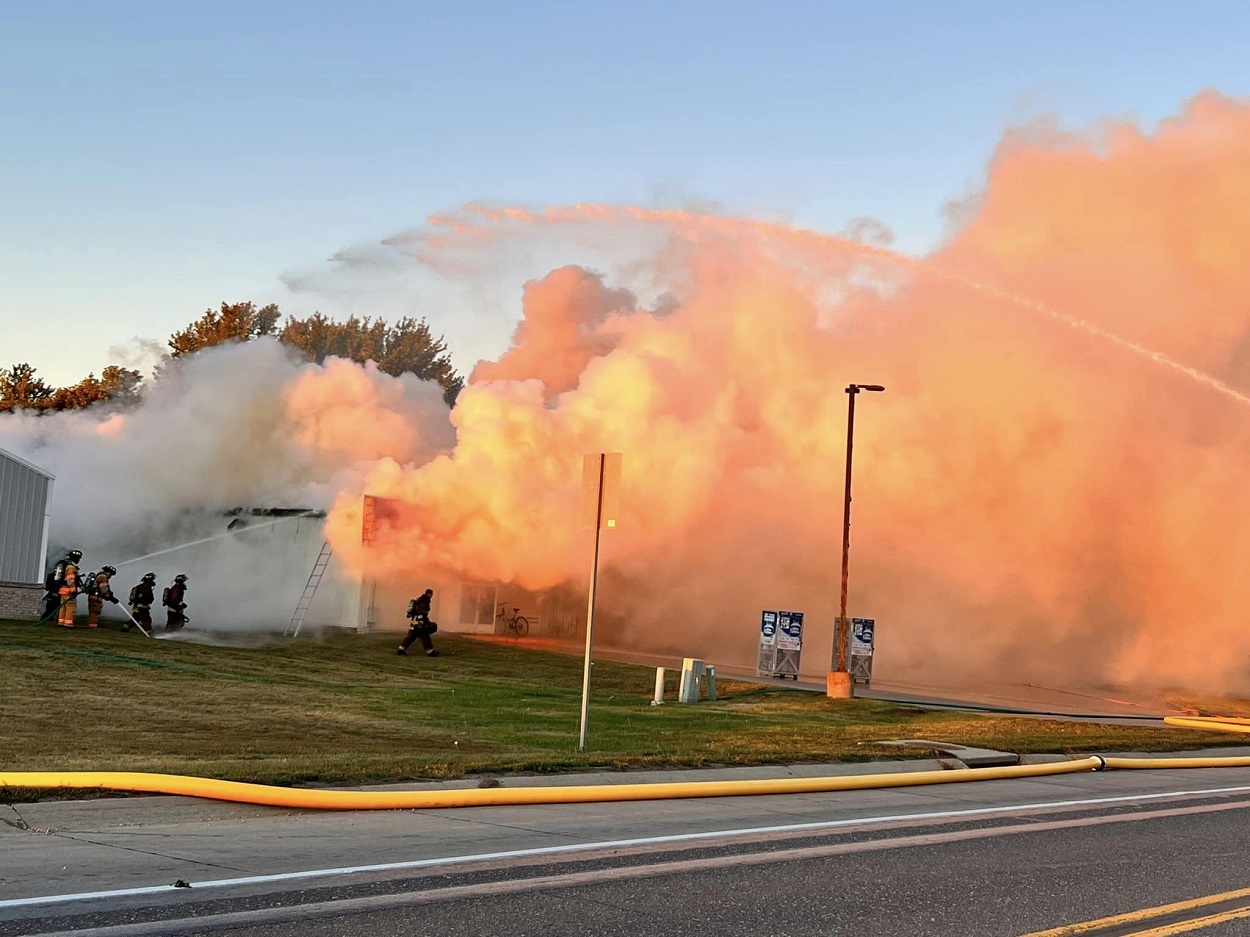 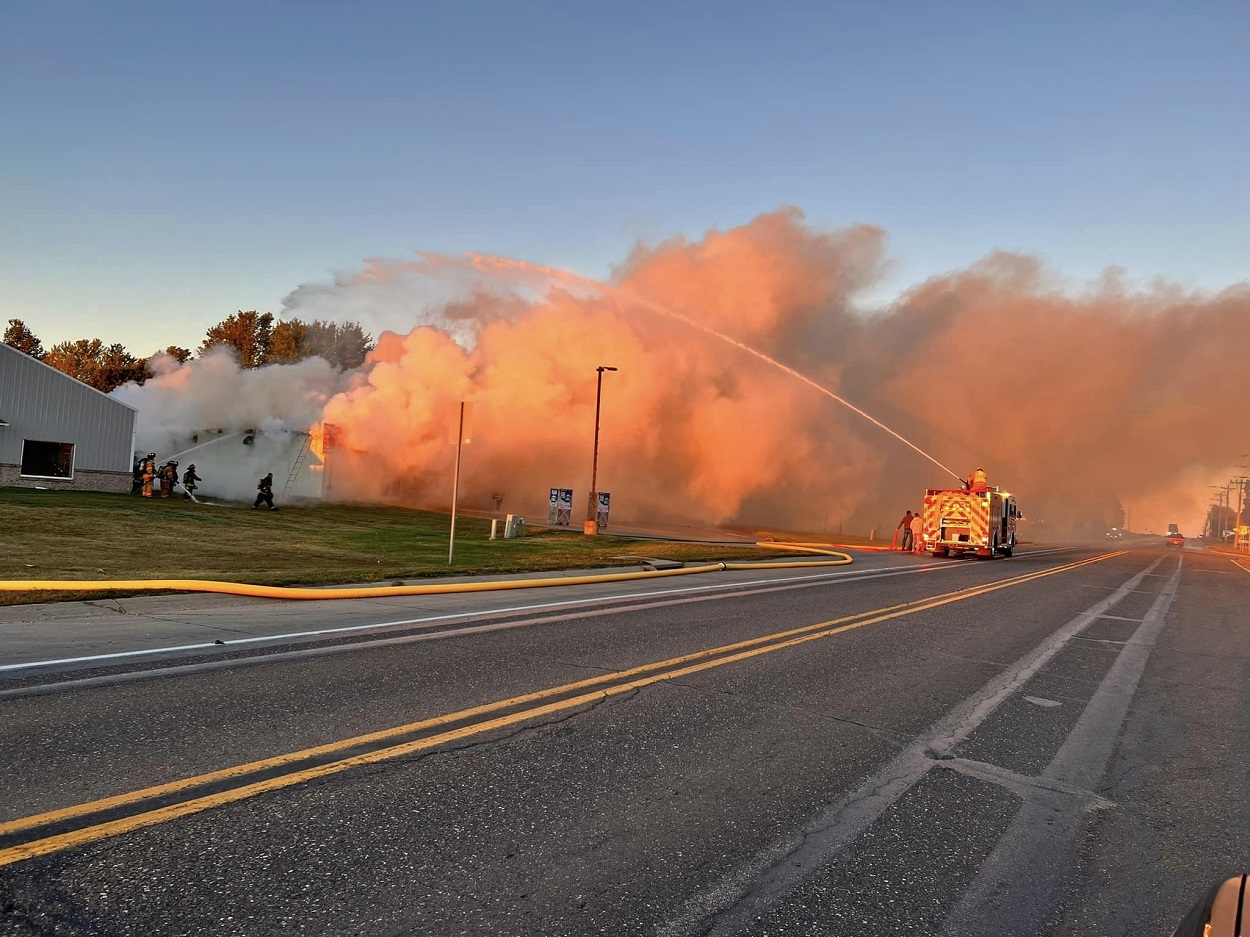 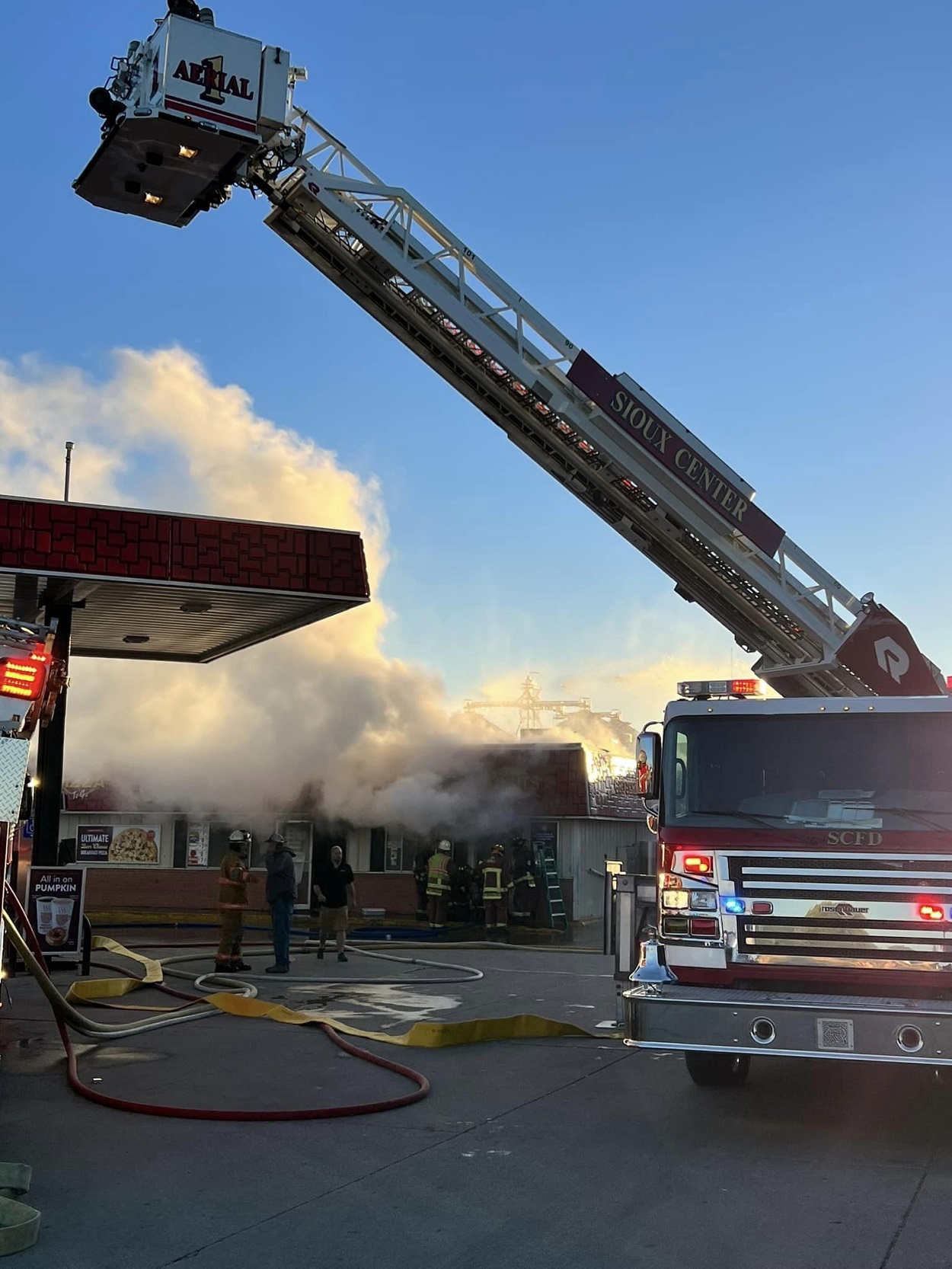 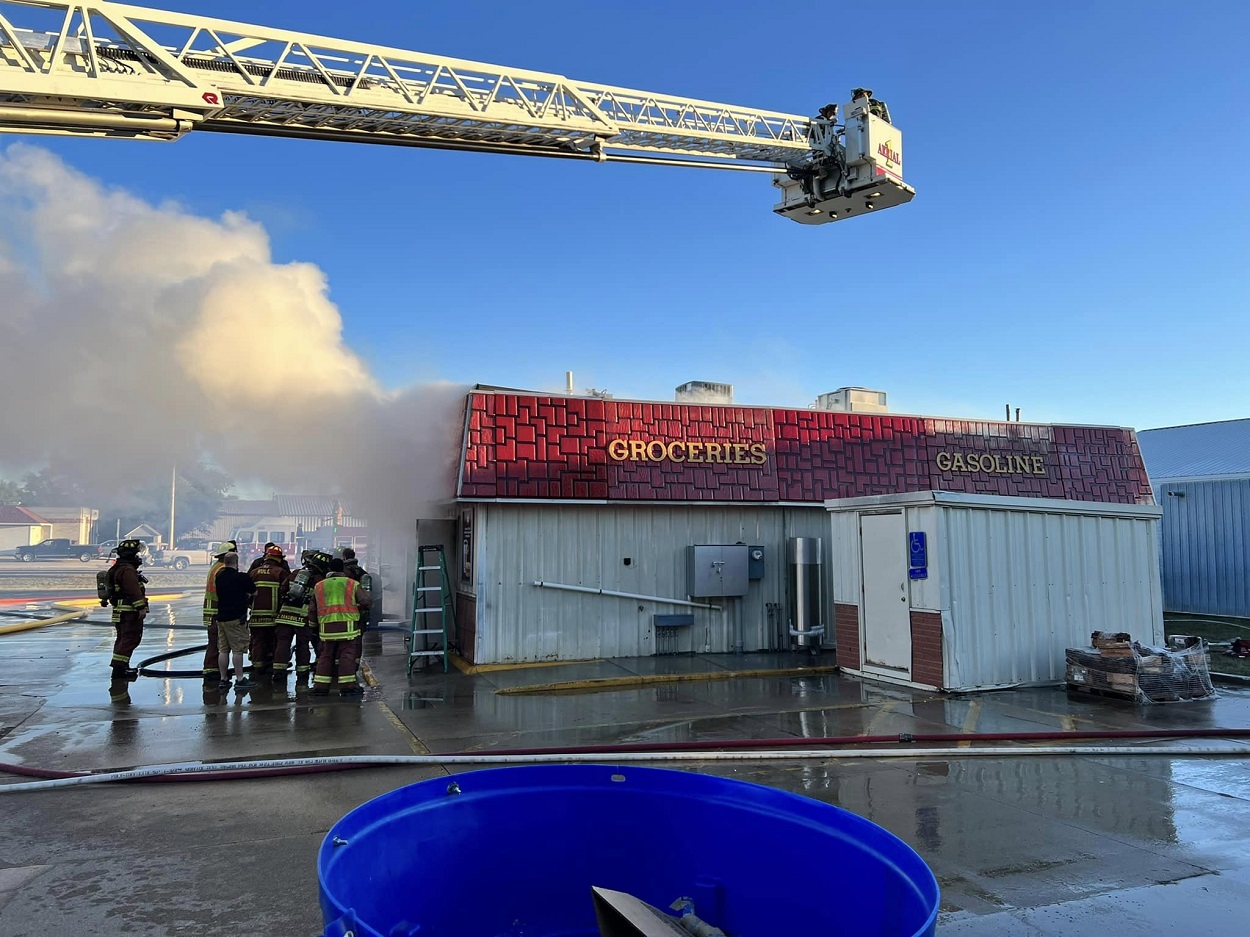 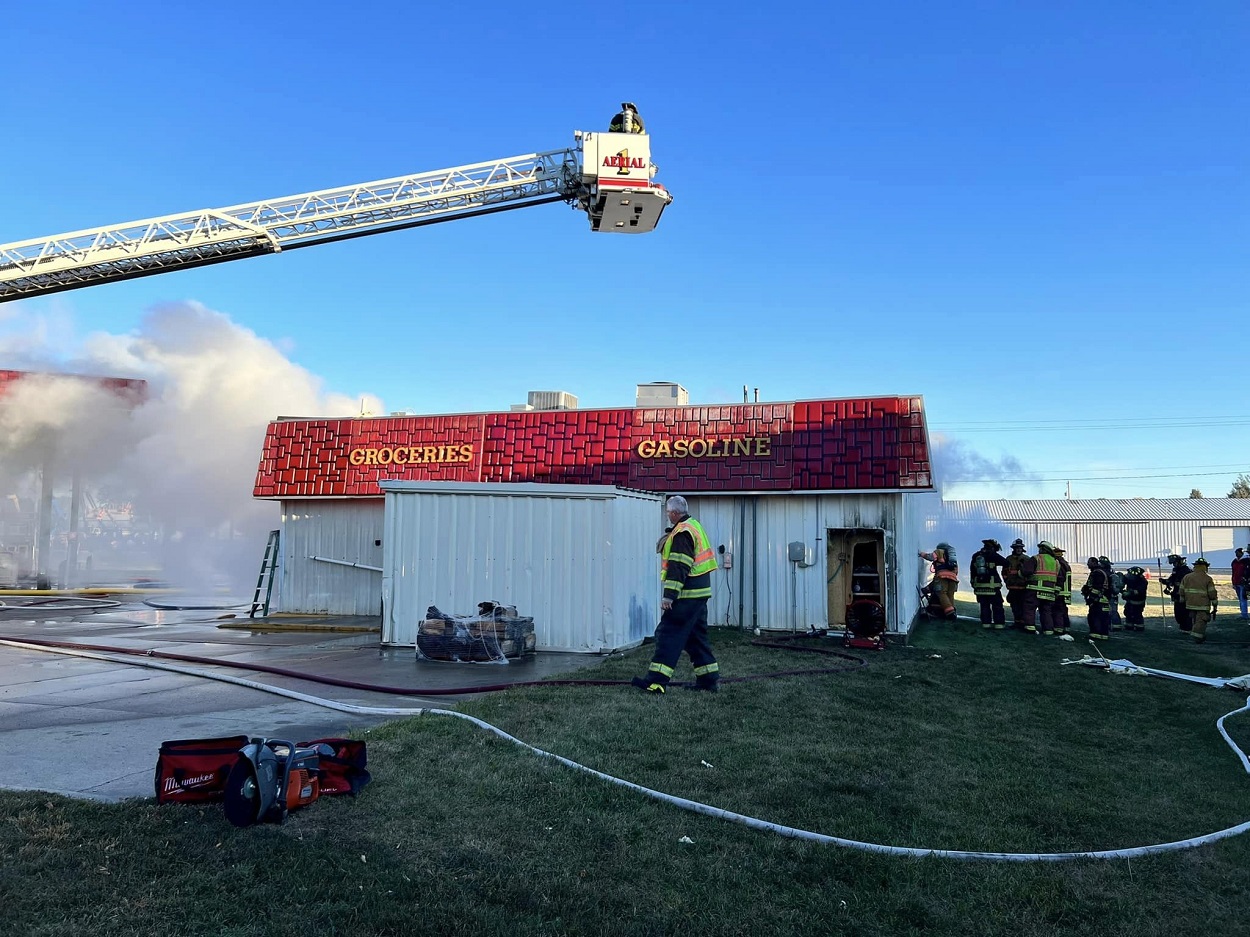 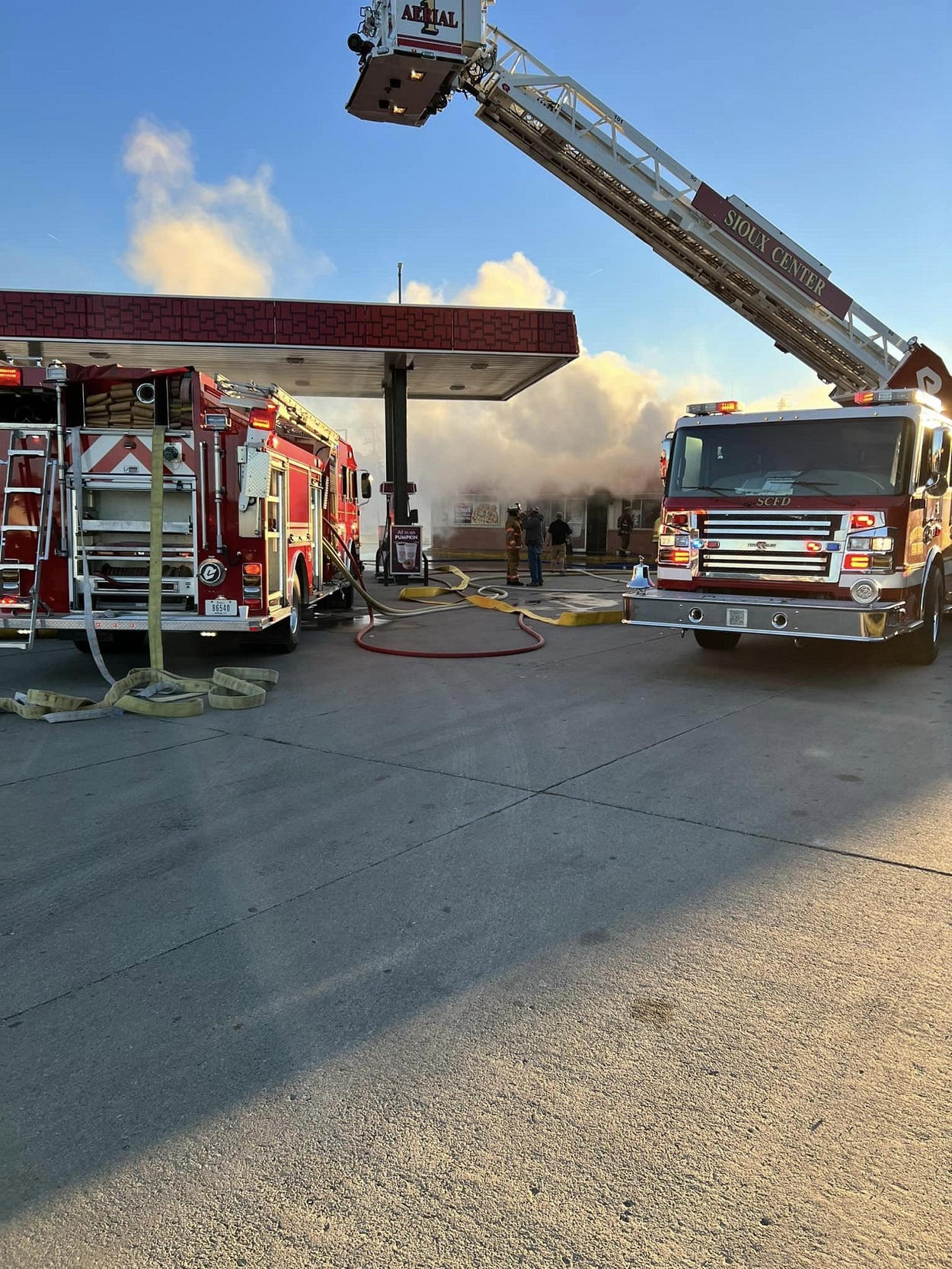 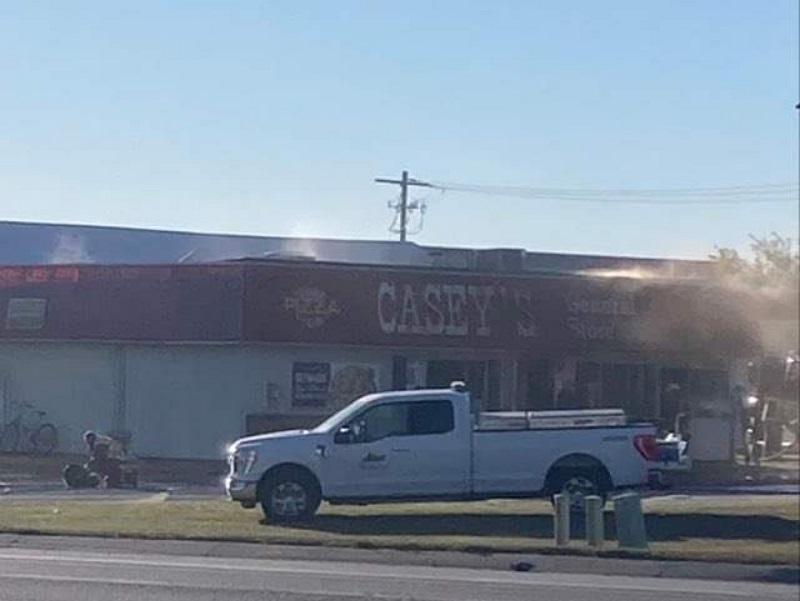 Above photo submitted by a KIWA listener.