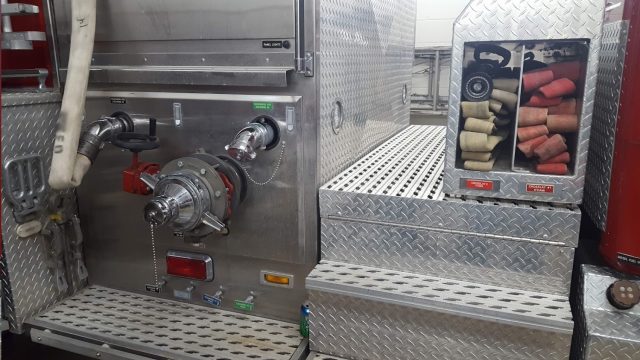 According to Primghar Fire Chief Gary Lansink, about 6:00 p.m., the Primghar Fire Department was called to the report of a machine shed fire at 5989 390th Street, one mile east of Primghar.

The chief says the fire department saw heavy smoke and flames coming from the southeast corner of the building as they approached the scene. He says they used water and foam. Lansink says the man there was removing equipment from the building when they got there.

Lansink says no injuries were reported.

He says as far as a cause of the blaze goes, the occupants had been burning trash earlier. But the machine shed is a metal building. They’re wondering if a piece of burning material blew in through a rodent hole or something and then started a pile of firewood inside on fire.

Chief Lansink reports that two-thirds to three-quarters of the building was destroyed. The firewood was destroyed as were some lumber odds and ends. Lansink says they were able to get all the tractors and equipment out before they could catch fire. Luckily, he says they were also able to save the three fuel and gas barrels next to the building near the origin of the fire.

He says the firefighters who responded were on the scene for about two hours.