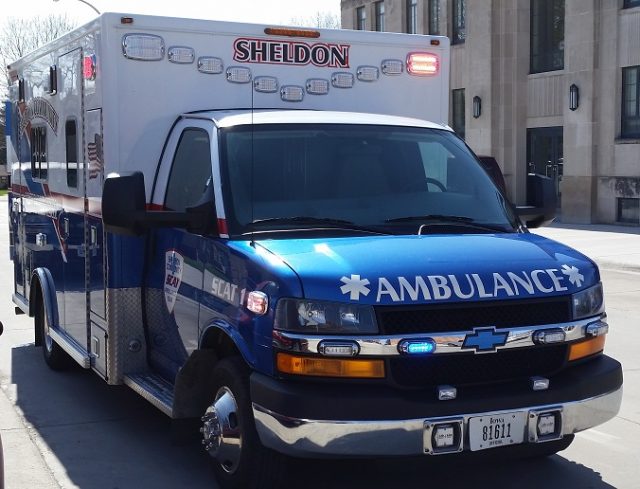 Sheldon, Iowa– Four people were taken to the hospital after an accident in Sheldon on Tuesday, November 15, 2022.

The Sheldon Police Department reports that at about 5:45 p.m., 42-year-old Isaias Munoz Yanez of Sheldon was driving a 2003 Ford SUV eastbound on Highway 18, in front of Drenkow Motors. They tell us that 42-year-old Adelia Escobar Cifuentes of Sheldon was westbound on 18 in a 1997 Ford pickup.