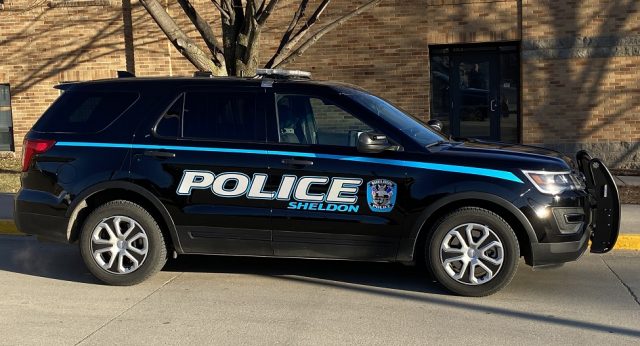 Sheldon, Iowa — The November search of a Sheldon residence that was prompted by an ambulance call for an unresponsive male, has resulted in the arrest of a fourth person on a felony charge.

Sheldon Police Chief Scott Burtch says SCAT was called to 817 4th Street on the afternoon of November 15th, for a male who wasn’t breathing. Sheldon Police were the first emergency personnel to arrive on the scene, and upon their arrival, two occupants of the home reportedly fled the scene. Burtch says that while officers were at the residence, they allegedly observed items that caused them to apply for a search warrant which, according to court records, led to the discovery of more than five grams of methamphetamine, as well as marijuana.

According to court records obtained by KIWA, late last week, Plymouth County authorities picked up 32-year-old Geoffrey Dean Oolman on an O’Brien County Warrant charging him with Gathering Where Controlled Substances Are Used, a Class D Felony. Court records indicate that Oolman was the man for whom SCAT was summoned that day, having allegedly overdosed on narcotics.

Oolman is the fourth person to be charged in connection with the incident. The home’s residents, Shawn and Erin Rooney are both charged with assorted narcotics-related charges, and like Oolman, a Le Mars woman, 21-year-old Alexandria Uden is charged with Gathering Where Controlled Substances are used.