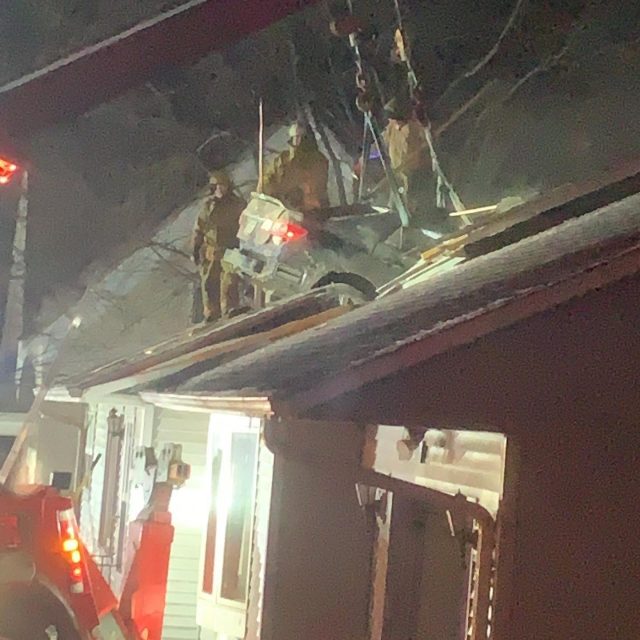 Larchwood, Iowa — A Sioux Falls man, who authorities say collided with the roof of a Larchwood home this past February, has been arrested in connection with the incident.

According to the Iowa State Patrol, at about 10:20 pm on the night of February 2nd, a car driven by Irrael Hidalgo, of Sioux Falls, was northbound on Highway 9 in Larchwood, completely missed the curve, went airborne and crashed into the roof of a residence.

In the days after the crash, Lyon County Sheriff Stewart Vander Stoep said speed was definitely a factor, and the house was pretty much totaled.

The Lyon County Ambulance took Hidalgo to Avera McKennen Hospital after the crash, but he escaped serious injury.

With the investigation complete, authorities have now charged Hidalgo with speeding, reckless driving, failure to have a valid driver’s license, failure to reduce speed at a proper rate when approaching a curve and operating while intoxicated-1st offense.

Authorities say Hidalgo was taken into custody on Monday on active arrest warrants for those charges.

Above photo shows Hidalgo’s car being removed from the the roof of the Larchwood home he crashed into.