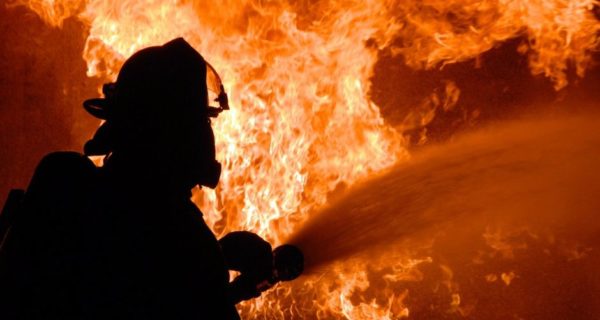 Hull, Iowa — The occupants of a Hull house had to make other living arrangements after a house fire early on Thursday, January 20, 2022, in Hull.

According to Hull Fire Chief Ron Hoksbergen, about 3:45 a.m., the Hull Fire Department was called to the report of a house fire near Second Street and Locust Street, in Hull.

The chief says the fire department saw the attached garage fully engulfed in flame as they approached the scene. He says they used both an interior and an exterior attack to fight the fire.

Hoksbergen says no injuries were reported but the occupants did lose their pets in the fire. He says the occupants were not home at the time of the fire.

The Hull Fire Department was assisted by Rock Valley and Sioux Center firefighters.

He says the cause of the fire is undetermined but they know it started in the garage.

Chief Hoksbergen reports that the home was totaled in the blaze, and the occupants are staying with family.

He says the firefighters who responded were on the scene for three hours.